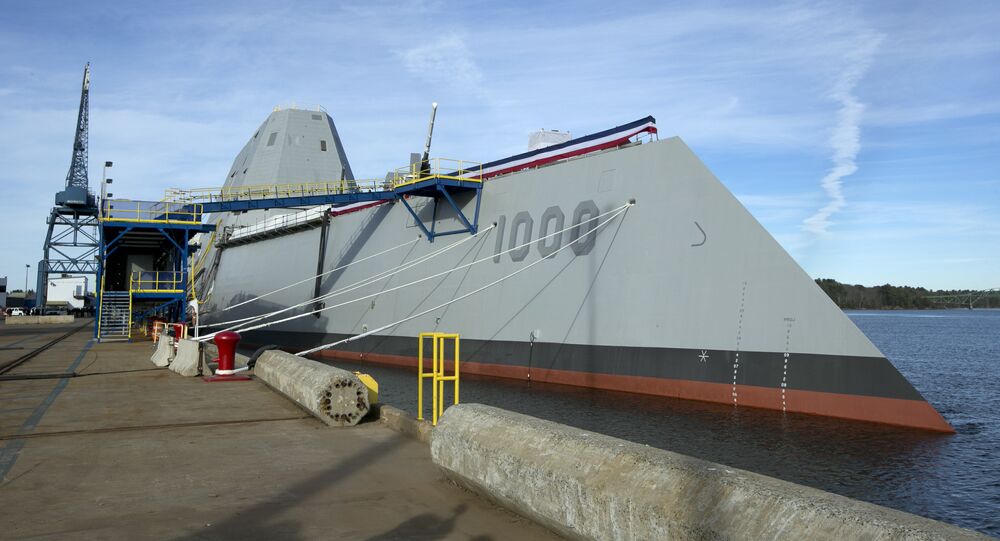 New US Warships Have Big Guns But No Bullets

The US Navy commissioned an elaborate warship, with massive guns designed to hit targets 80 miles away, but now must scrap its current weapons plans because the ammunition alone is estimated to cost at least $800,000 per shot.

© Flickr / Marianne Serra
US Navy Satellite Begins Pre-Operational Testing After Rocky Ride Into Orbit - Lockheed
The Advanced Gun System on the DDG 1000 Zumwalt-class destroyer is designed to only fire Long Range Land-Attack Projectile (LRLAP), but since the number of Zumwalt-class ships has shrunk, the cost for the ammunition has skyrocketed.

“The LRLAP’s unit price has jumped steadily as the numbers of Zumwalt-class destroyers were cut. From a total of 28 ships, to seven, and finally to three, the class shrank and costs did not,” Defense News reports.

“We were going to buy thousands of these rounds,” a Navy official familiar with the program told the website. “But quantities of ships killed the affordable round.”

The guided-precision munition is designed to “defeat targets in the urban canyons of coastal cities with minimal collateral damage,” according to producer Lockheed Martin.

© Flickr / Times Asi
Can’t Fix the F-35? US Navy, Air Force Look Towards 6th Generation Fighter Instead
The Navy has not found any issues with the guns — simply with the costs of using them.

“Everything seems to have been performing correctly. I never saw any test results that showed we had problems,” the official told Defense One. “We don’t have an issue with the gun, and no issue with that ship carrying the gun. We have an issue on the price point.”

“The round was working, the way forward was logical. It’s just that the cost with a three-ship buy became a very high cost.”

The US Navy is now looking for alternate munitions for the weapons, but it is unlikely that one will be found before the ship becomes operational in 2018.

“There are multiple companies that have looked at alternatives to get the cost down and use that delivery system,” the Navy official said.

US Navy Awards $34Mln For Sea Base Special Forces Upgrades