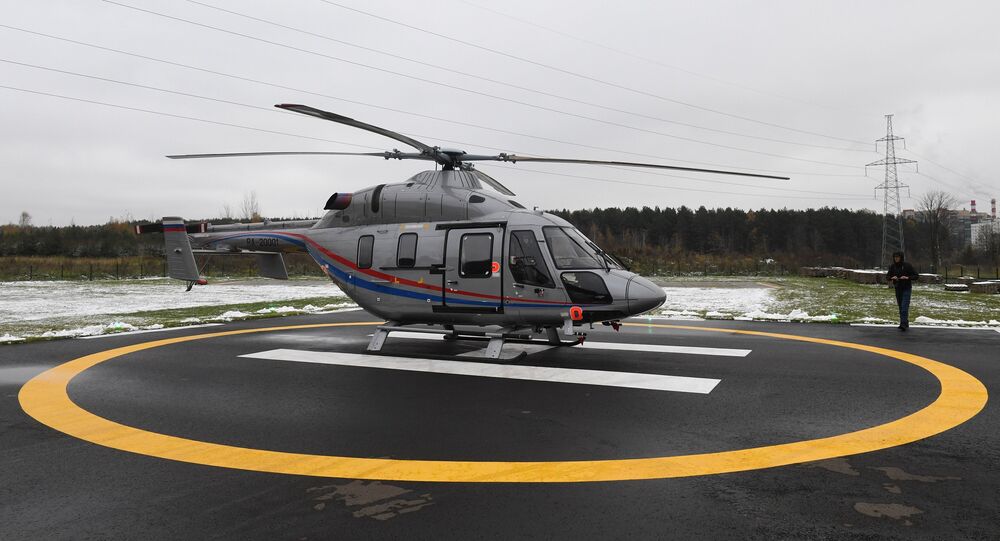 The contract for supply of a next batch of Russian helicopters to China was signed during the exhibition “China Aviation and Aerospace Exhibition-2016,” held in Zhuhai. An order for over 20 helicopters of three types Mi-171, Ka-32 and Kazan Ansat has been placed.

© Sputnik / Sergei Soldatkin
Smart Copter: Russia's Mi-28NM Talks to Drones, Shoots Missiles With Lasers
The Chinese buyers of the Russian helicopters are from Jiangsu Baoli Aviation Equipment and Wuhan Rand Aviation Technology Service.  For Ansat this will be the first export contract with China, however, the Mi-171 is quite popular in China’s aviation fleet with over 150 helicopters already in their possession.

The multi-purpose helicopters belonging to Ka-32 family are also quite popular in China, said the chief designer of the Kamov Moscow Design Bureau, Shamil Suleymanov.

The Kazan Ansat is a multi-purpose helicopter that can suit many roles. It has a classic utility helicopter layout. It is operated by one or two pilots. When it is flown by one pilot, it can carry 8 passengers.

The estimated price of this helicopter is about $2-2.5 million. It is available both for military and civil operators.

“To China, the helicopters arrive mainly in the fireproof version as well as to work in the Ministry of Public Security of China. Today, in this country there are ten such machines. The fireproof version of Ka-32A11BC has over 40 selections for special equipment,” Suleymanov said.

However, the basic package includes an automatic fire extinguishing system from American company Simplex, designed for gathering up to 3 tons of water or an improved Canadian weir device (APU) Bambi Bucket which 5 tons of water capacity.

“As an additional element there is an option of mounting water cannon for horizontal firefighting, used to fight fire in city's skyscrapers. In addition, Ka-32 helicopters can perform work in mountainous and forested areas and land on unprepared sites,” he said.

To evaluate the effectiveness of the helicopters, firefighters commonly use indicators such as the ratio of the cost of one hours worth of the helicopter’s operation to the amount of water that it can pour on a burning object during that same period of time.

“The Russian Ka-32A11BC that can take up to 5 tons of water and is reliable and inexpensive to maintain, in all respects it is known to be the best in the world,” Suleymanov said.