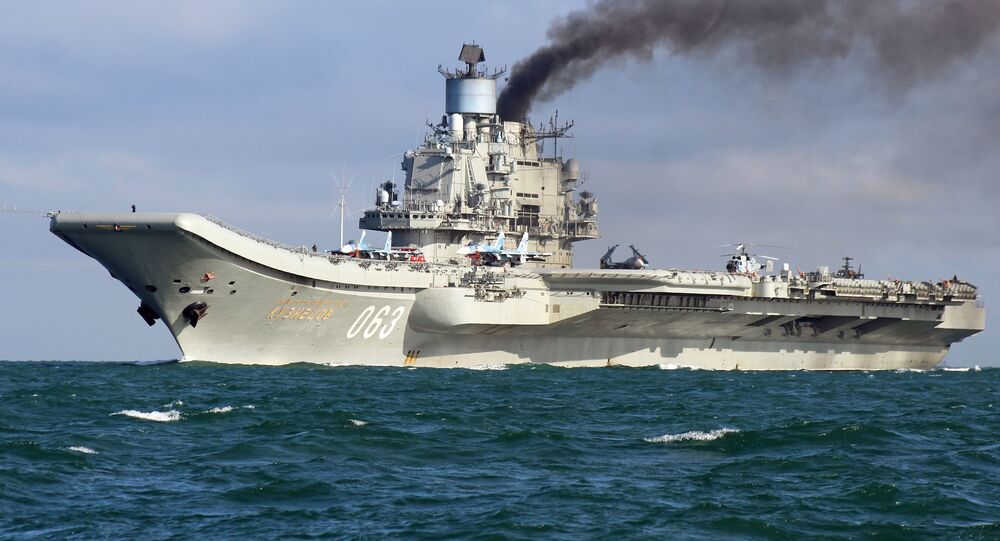 Malta will not refuel Russian warships heading for Syria, Foreign Minister George Vella told local media on Thursday, amid claims that a Russian battlegroup may be refueled in the Mediterranean near the island country.

© Photo : The Northern Fleet
Russian MoD Denies Reports of Aircraft Carrier's Call to Refuel in Spain
MOSCOW (Sputnik) — Earlier in the day, Russia's former Chief of Naval Staff, Adm. Viktor Kravchenko told RIA Novosti that the Russian aircraft carrier Admiral Kuznetsov, accompanied by seven ships and sailing to the Syrian coast, might undergo the next refueling in the Mediterranean, from the Black Sea Fleet tanker near Malta.

Vella, contacted by The Times of Malta broadcaster, did not specify the reason for the refusal.

According to the news outlet, his statement was a reaction to an internet petition by an online campaign group called Avaaz, which said that Russian warships and submarines heading for Syria are likely to approach Malta to refuel, and called on the Maltese authorities to prohibit entry to "this death fleet."

On October 15, the Russian Northern Fleet’s press service said that the Russian task group headed by the aircraft-carrying cruiser Admiral Kuznetsov was sent to the Mediterranean to hold drills and strengthen capabilities.

On Wednesday, Russian embassy in Spain confirmed the withdrawal of a request to Spanish authorities for the entry of Russian ships to the Ceuta harbor for refueling on its way to Syria, as Madrid was criticized by NATO for considering granting the Russian naval group access to the port.