The defense ministers of Russia and India met in New Delhi to discuss security matters during the 16th Indo-Russian Inter-Governmental Commission on Military Cooperation.

New Delhi (Sputnik) — Russia has reiterated its support for India’s fight against cross-border terrorism. During the 16th Indo-Russian Inter-Governmental Commission on Military Cooperation on October 26, Russia’s Defense Minister Sergei Shoigu said  the "consolidation of all responsible efforts is what it takes to fight this plague of the 21st century (terrorism). I don’t believe that someone could be a terrorist on Monday and on Tuesday transform into a representative of the moderate opposition… What is absolutely unacceptable when it comes to counter-terrorism is the use of double, and even triple standards.” 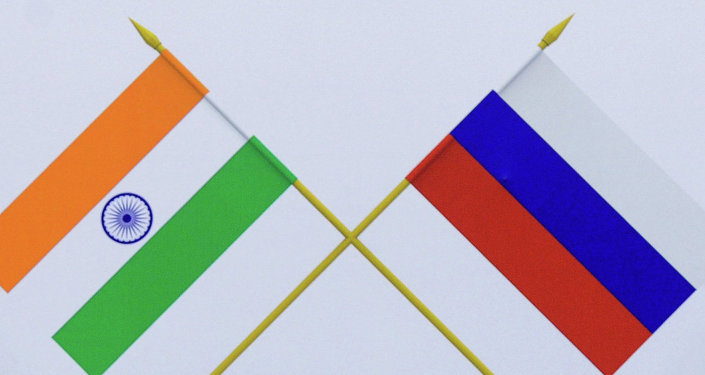 © Sputnik / Michael Klimentyev
'India of Today and Russia of Today Are More Ambitious Than Ever'
He was responding to the call of India’s Defense Minister Manohar Parrikar for collective efforts to combat terrorism. Highlighting cross-border terrorism as one of the key security challenges faced by India, Parrikar said, “We appreciate Russia’s consistent and unwavering support for India in our efforts to eliminate this menace, which is manifest in the continual presence of terrorist groups in India’s neighborhood. We both recognize that whileterrorism can’t be defeated with double standards, there is a need for zero tolerance and collective efforts to combat terrorism.”

Both leaders have also agreed to expand their military cooperation and to prepare a more extensive, detailed road map.