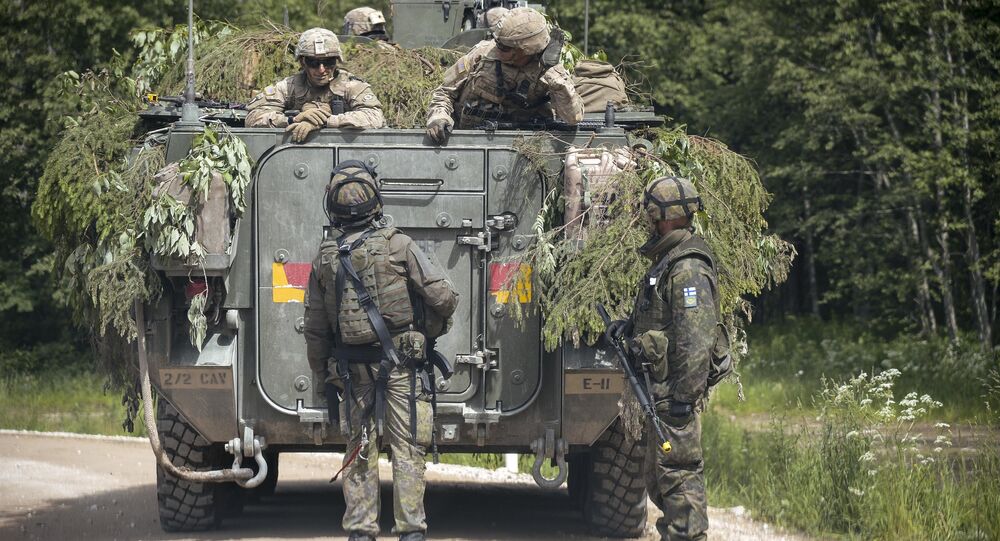 As Norway prepares to allow foreign troops on its soil for the first time since World War II, NATO will also meet in Brussels on Wednesday to discuss plans to boost its military presence along the eastern flank.

© AFP 2021 / LAURA bUCKMAN
Nobody Here But 'US': Oslo Aims to Outsource National Defense

NATO defense ministers will address the plan to keep rotational forces in the Baltics and Poland as part of an effort to deter "Russian aggression."

This comes as Norway has agreed to allow 330 US Marines to be deployed to Vaernes military base, roughly 600 miles from the Norwegian-Russian border.

"The United States is our most important ally and we have a near bilateral relationship that we wish to develop. The defense of Norway is dependent on allied reinforcement and it is crucial for Norwegian security that our allies get the knowledge required to operate in Norway, together with Norwegian forces," Defense Minister Ine Eriksen said in a statement.

"Their decision is certain to galvanize our relationship with the Norwegian Armed Forces and improve our collective capabilities," Maj. Gen. Niel Nelson of Marine Corps Forces Europe added, according to Stars and Stripes.

© AP Photo / Vadim Ghirda
Some Phantom Menace Must Be Nearby: NATO to Bolster 'Multinational Brigade' in Romania

This military increase has been criticized, in particular, as many note that the presence of US troops could send "negative signals eastward."

"What we risk is that the North will be a confrontation area," retired commander Jacob Borresen told Norwegian state-owned broadcaster NRK.

"What the government is doing now is outsourcing the responsibility for our security to the US Marines," Liberal leader Trine Skei Grande added.

While in Brussels, leaders also intend to discuss the US-led campaign against Daesh in Syria, and the training of officers in Iraq.

"We have already trained hundreds of Iraqi officers in Jordan – in areas including military medicine and defusing improvised explosive devices,” Stoltenberg said.

"And we will expand our support into Iraq itself in the coming month."