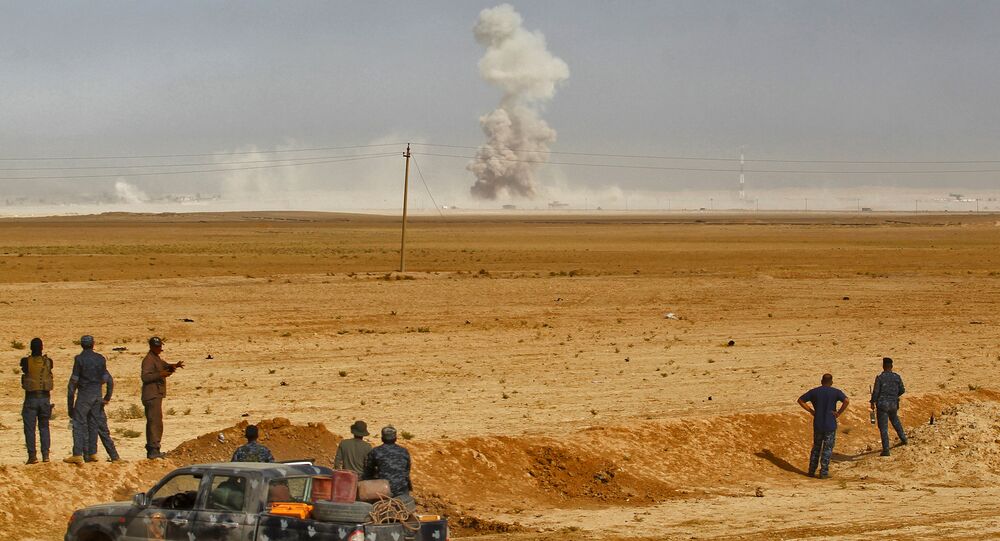 What’s In a Name? ‘Non-Combat’ US Troops ‘In Harm’s Way’ in Mosul Fight

Despite pledges that the more than 6,000 US troops currently in Iraq are non-combat only and presumably safe, American forward air controllers and other special advisors helping Iraqi forces in the battle to retake Mosul are most certainly at risk.

US special operations forces known as Joint Terminal Air Controllers or JTACs are helping provide precision targeting for airstrikes on the outskirts of the city. While the forces themselves are classified as non-combat, the distinction will count for little to the individual soldiers performing their missions around the shifting frontline of battle.

Speaking to the Guardian, former US Navy pilot Christopher Harmer said the presence of JTACs means the US was willing to "incur casualties" in the fight for Mosul.

American troops in Iraq have been described as providing logistical support, advising other armies and providing tactical air support, but never "on the front lines." It is typical for forward air controllers to be positioned at, or even ahead, of the front lines; however, Cook said in this case, Iraqi forces on the front lines would identify targets and send that information back to American JTACs some distance behind the front line of battle.

There are protocols in place to try to reduce the risk Americans supporting the Mosul operation will face, Cook noted, but though American advisers remain behind the forward line of troops, they are providing support "in obviously a combat environment" and in the battle space itself.

"I think it's fair to say that there are Americans on the outskirts of the city," he said.

UPI reports that there may be 100 to 200 JTACs taking part in the larger battle, with more advisers among them, close to the conflict.

Daesh has fired weapons at the Qayyarah air base where many US troops are housed, an attack that was at first feared to be a chemical weapon. Later analysis showed that it was not, according to Pentagon officials. It is widely feared that Daesh will resort to chemical attacks in defense of its headquarters in Iraq.

Since withdrawing American troops from Iraq in 2014, the White House has insisted that there will be "no boots on the ground" and that American forces are engaged only in advising and training their Iraqi counterparts. The Pentagon, on the other hand, will sometimes acknowledge that its troops, however they are classified in Washington DC, are in combat.