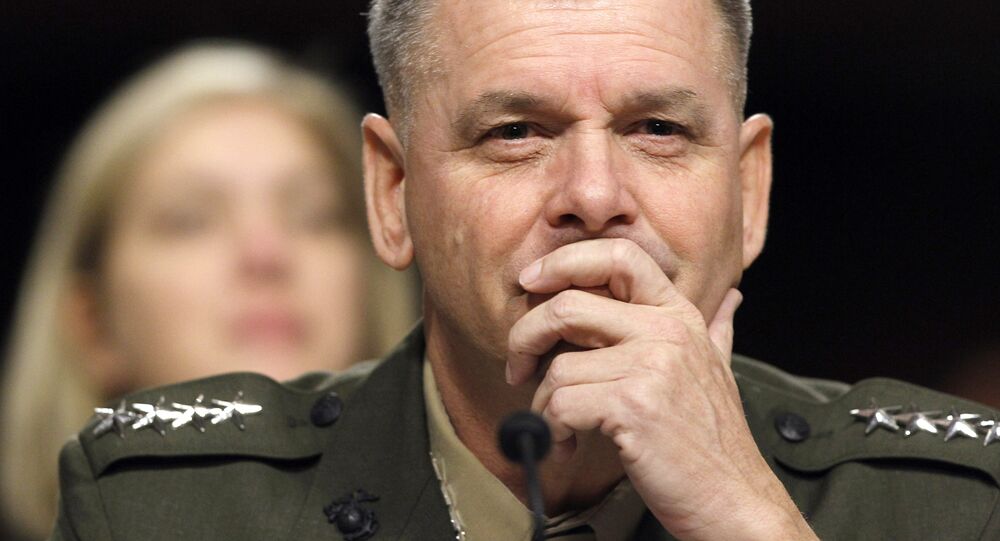 Gen. James Cartwright, who last served as vice chairman of the Joint Chiefs of Staff, pleaded guilty in federal court October 17 to making false statements to the FBI during an investigation into leaks of classified information.

Cartwright, a four-star general and formerly the second-ranking officer in the US military, pleaded guilty to misleading the FBI in 2012 when he told investigators that he was not the source of information, nor had confirmed information, for a book by a New York Times reporter about Stuxnet, a malicious government computer software program designed to interfere with Iran’s nuclear program.

Neither David Sanger, the reporter, nor the book, "Confront and Conceal," are mentioned in the court papers. But the book details a covert cyberattack on Iranian nuclear facilities called Operation Olympic Games, and the Stuxnet program, implemented to disable centrifuges Iran used to enrich uranium.

Cartwright issued a written statement after his plea in which he repeated that he was not the source of the information.

"It was wrong for me to mislead the FBI on November 2, 2012, and I accept full responsibility for this," he said. "I knew I was not the source of the story and I didn't want to be blamed for the leak. My only goal in talking to the reporters was to protect American interests and lives; I love my country and continue to this day to do everything I can to defend it."

Cartwright's attorney, Gregory Craig, said in a separate statement that Cartwright had spoken with reporters in the context of a "well-known and understood practice of attempting to save national secrets, not disclosing classified information," and that "his effort to prevent publication of information that might harm American lives or national security does not constitute a violation of any law." His client spoke in an effort to protect American interests and lives in a story that had already been written, Craig said, according to USA Today.

CBS News reports that the general pleaded guilty to a felony offense that carries a maximum sentence of five years and a $250,000 fine. The New York Times reports that lawyers on both sides of the case agreed that an appropriate incarceration sentence would be six months or less, though the judge is not bound by those recommendations. Sentencing is set for January 17.

The New York Times also issued a statement the day of the plea: "We are disappointed that the Justice Department has gone forward with the leak investigation that led to today's guilty plea by Gen. Cartwright. These investigations send a chilling message to all government employees that they should not speak to reporters. The inevitable result is that the American public is deprived of information that it needs to know."

The Times reported that the case arose out of a political storm over the many books and articles about US national security that appeared in the summer of 2012, during Obama’s first term. Congressional Republicans accused the White House of deliberately leaking information, and US Attorney General Eric Holder tasked two attorneys to look into two specific leaks. It was later reported that one of these investigations focused on the secret Operation Olympic Games.