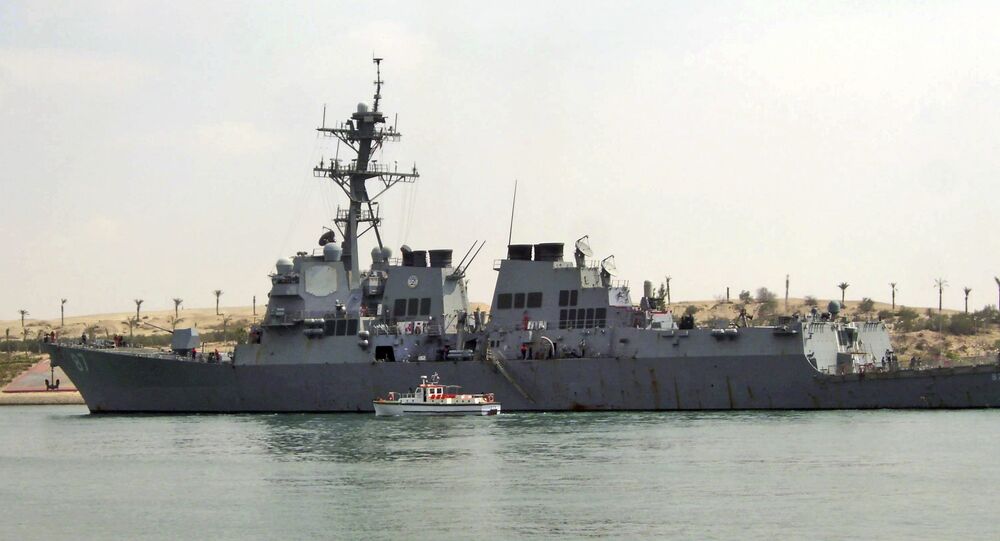 Last week, the Pentagon began a new military campaign in Yemen, ostensibly in retaliation for attempted attacks on the USS Mason in the Red Sea. But new reports suggest that the American naval vessel may have suffered from a radar malfunction.

Last Thursday, the United States launched strikes on three radar sites in Yemen, "officially" entering the conflict in the Middle Eastern nation. According to Pentagon spokesman Peter Cook, the action was necessary in light of recent missile attacks on US ships operating in international waters.

None of these alleged attacks struck their targets.

But Navy officials have now expressed doubt that American vessels were ever in danger, suggesting that reports of incoming missiles may have been the result of faulty radar systems.

"We are aware of the reports and we are assessing the situation," one US defense official said, speaking on condition of anonymity, according to The Week.

"All of our ships and crews are safe and unharmed."

© AP Photo / Osamah Abdulrhman
Self-Defense: A Pretext for US Escalation of War in Yemen – and Elsewhere

Writing for AntiWar.com, Jason Ditz points out that this "raises the possibility that the US warships are not only retaliating against the wrong people, but that there was nothing to retaliate against in the first place.

"Though there was some speculation that remnants of the Yemeni military were involved in firing missiles, by way of explaining why the Houthis were denying it, this must inevitably raise questions if anything happened at all other than the heavy-handed US reaction."

"With these harmless good intentions, the US had ships off the coast of Yemen, and someone [shot but missed] these ships, and they retaliated in a proper, proportionate, and thereby somehow supposedly legal, active self-defense," he told Loud & Clear’s Brian Becker.

"This seems to be a new pattern in the US media speech, that the US is able now to defend itself no matter where it is or who it has invaded or what right it has to be there."

The United States has been indirectly involved in the Yemen conflict from the start, providing weapons and intelligence to the Saudi government.

"Even though what has happened in the last couple of days is certainly an escalation [of the Yemeni conflict], the United States was involved in this conflict for many months," Kristine Beckerle, a member of Human Rights Watch’s North Africa Division, told Sputnik.

"It’s an escalation, but it’s not a fundamental change in the standoff, which has already claimed the lives of more than 4,000 civilians."