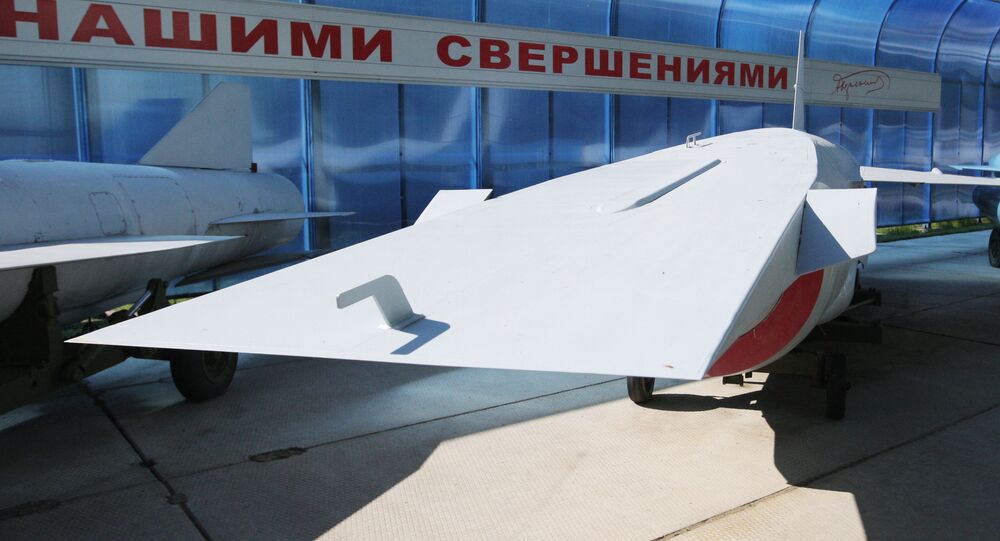 Russia is one of the first to provide new materials to allow fly jets at hypersonic speeds, the state-run Fund for Perspective Research announced Monday.

© Sputnik / Ildus Gilyazutdinov
Russia to Obtain Hypersonic Weapons Before 2020
MOSCOW (Sputnik) — Russia is one of the leaders in researching new materials that could allow jets to fly at hypersonic speeds, the state-run Fund for Perspective Research announced Monday.

"Materials must withstand temperatures of 1,500 degrees [Celsius, or 2,732 degrees Fahrenheit] and more for a prolonged period of time. Conventional materials, such as high-strength steel, melt at these temperatures. This is addressed by creating innovative composite materials based on carbon fibers. There has been considerable progress in this sphere, and Russia is one of the world leaders," the Fund said in a statement.

The Fund for Perspective Research, a foundation set up by the Russian government to finance high-risk tech projects, said Russian aviation scientists were working simultaneously at several challenging tasks associated with hypersonic flight, which is highly greater than flights at a supersonic speed.

© Sputnik / Vladimir Fedorenko
Sarmat ICBM: 8 Megatons Flying at Hypersonic Speeds, Arriving 2 Years Ahead of Schedule
Flying at a hypersonic speed at a height of up to 30 miles and low atmospheric pressure creates forces that interfere with the steering and must be addressed, according to the fund. Another challenge is creating a powerful enough jet engine, something Russia has been actively researching for the past two decades.

Moreover, hypersonic flight presents a problem for air-to-ground communication since high hypersonic speeds wrap the moving object up in an electrically charged plasma "cocoon" that shields the aircraft from radio waves. This means that scientists need to either think of a way of using plasma as a conductor or place antennas in the tail of the plane.

These and other scientific problems are being researched at over 40 state laboratories run by Russia’s leading universities, scientific research institutes and defense industry corporations. The Fund for Perspective Research is collaborating on more than 50 technological projects.