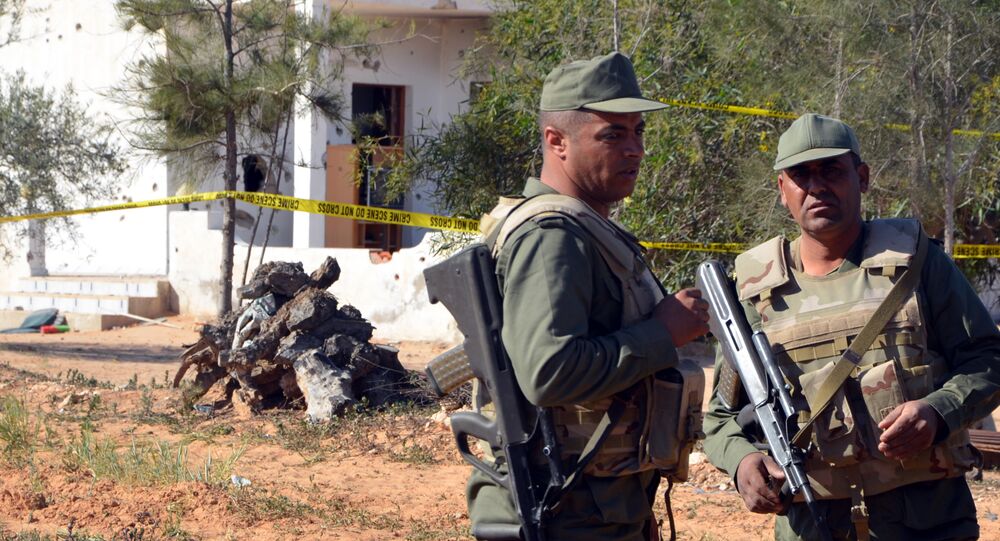 MOSCOW (Sputnik) – The training led by 4th Infantry Brigade will involve both theoretical and practical exercises in the spheres of operational planning, intelligence, surveillance and mobile patrolling.

“We are determined to support our Tunisian allies to defend against Daesh terrorists who slaughtered innocent Britons on a beach there last year. Our training will help Tunisian forces strengthen their border security and stop the spread of Daesh along the coast,” Fallon said on Saturday, as quoted by the Defense Ministry’s statement.

The ministry’s statement noted that was the third “tranche of training” for Tunisian security forces provided by the United Kingdom since late 2015.

In March 2015, a group of gunmen dressed in military uniforms opened fire on tourists at the Tunisian National Bardo Museum near the parliament building in Tunis, killing 22. In June 2015, a lone gunman concealed an assault rifle in an umbrella and fired at tourists on a beach in Sousse, Tunisia, killing 38. The Daesh jihadist group outlawed in Russia and many other countries claimed responsibility for both attacks.

Suspected Swiss-Tunisian Jihadist Arrested in Geneva on Return From Turkey