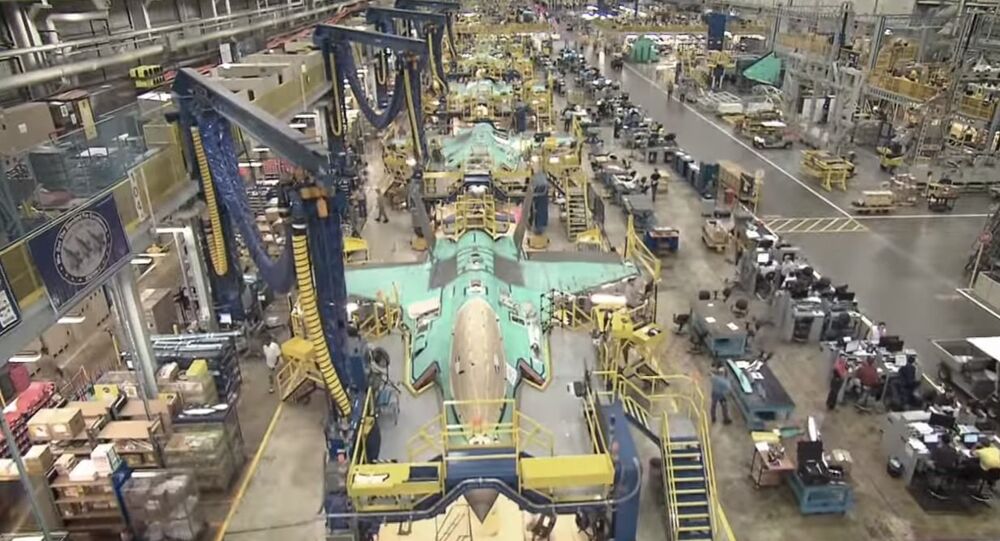 The F-35 Joint Program Office has announced that the removal of faulty insulation in the craft’s fuel pipes will not affect operational jets flying by the end of the year, and will not stop Japan and Israel from receiving their strikers on time.

According to Breaking Defense, the JPO released a statement saying "Rapid progress is being made in fixing 15 operational F-35A aircraft needing modifications to repair non-compliant Polyalphaolefin (PAO) coolant tubes," and that "Modifications started 7 October on the first four aircraft and the work takes about three weeks to complete. All 15 aircraft are expected to fly again by the end of the year."

The 15 operational F-35As had their flight operations suspended in September when a routine maintenance check revealed "peeling and crumbling insulation in avionics cooling lines inside the fuel tanks." The issue stemmed from the supplier, who furnished the jets with insulation that dissolved when it made contact with fuel.

The 5th generation craft has seen more than its share of setbacks since it was first introduced in 2006 having undergone issues with its logistics system, unreliable components like landing tires and avionics processors, problems with helmet display, lightning protection, fuel tank design and a host of other issues.

In February the Pentagon released an 82-page report detailing problems with the trillion dollar project, noting one flaw that could be very dangerous for pilots. "Testing showed that the ejection seat rotates backwards after ejection. This results in the pilot’s neck becoming extended, as the head moves behind the shoulders in a ‘chin up’ position," it read.

The Defense Department’s operational testing director, Michael Gilmore told Bloomberg in August that the "the program is actually not on a path toward success but instead on a path toward failing to” function at full capacity “for which the Department is paying almost $400 billion by the scheduled end" of its 2018 development.