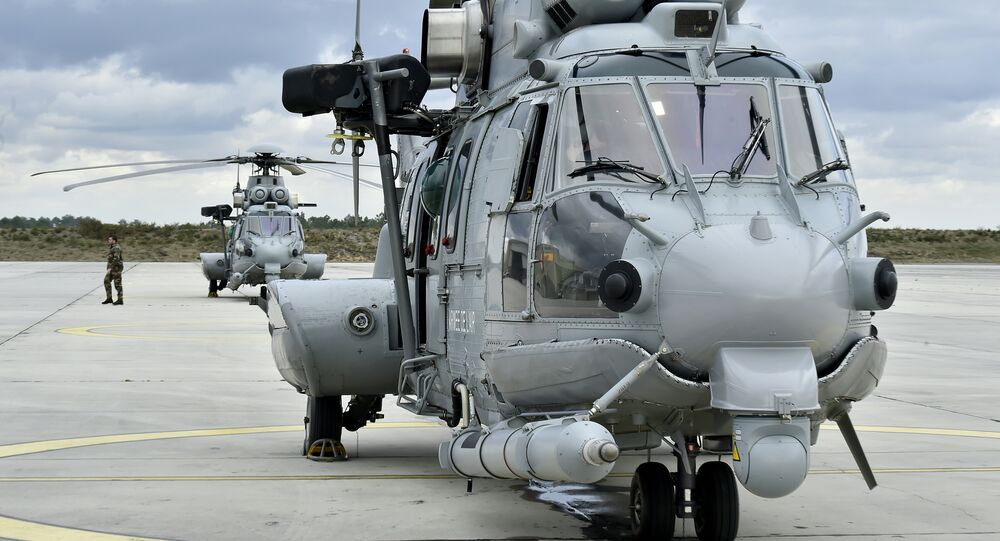 The foreign ministers of Poland and France and Poland Witold Waszczykowski and Jean-Marc Ayrault discussed by telephone the issues of bilateral cooperation, in particular, the suspension of negotiations on the purchase by Warsaw of 50 French Airbus Helicopters H225M Caracal, the Polish Foreign Ministry said.

WARSAW (Sputnik) — On October 4, Poland's Development Ministry said that the negotiating positions of the two sides on the purchase of 50 Caracal helicopters for 13,5 billion zlotys ($3.5 billion) were rather different and further talks were pointless.

The decision to buy helicopters from Airbus was made by the previous government, led by the center-right, pro-European party Civic Platform, as part of plans to modernize the military sector. The original deal was highly criticized by trade unions in two Polish aviation plants. The conservative Law and Justice (PiS) government indicated it might cancel the deal after it won elections last year.

"The heads of the Polish and French foreign ministries spoke about the current bilateral cooperation. The ministers discussed, among other things, the issue of termination of the tender for a multipurpose helicopter for the Polish army," Polish Foreign Ministry's spokesman Rafal Sobchak said on Tuesday night.

According to the spokesman, Waszczykowski and Ayrault also discussed plans for joint consultations to be held in Warsaw soon.