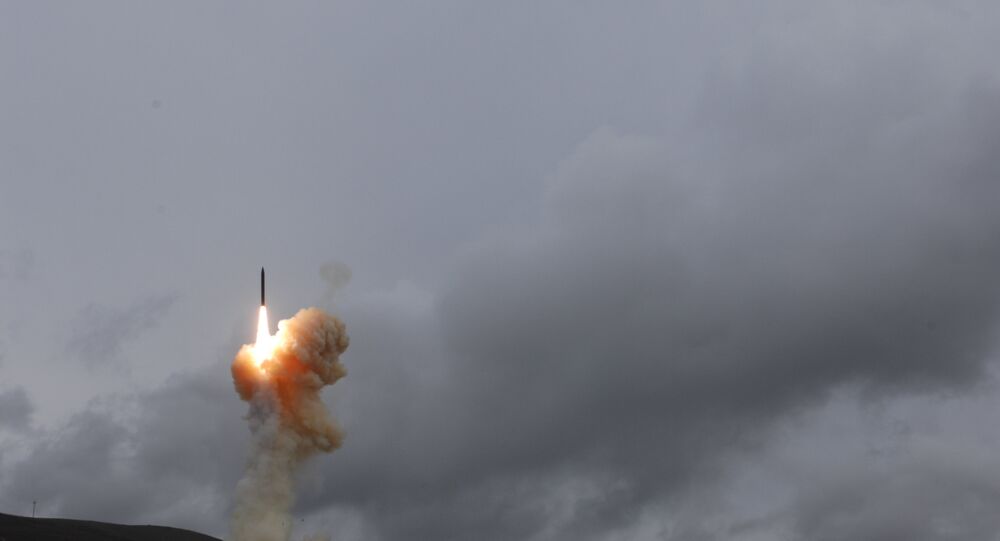 Turkey's Undersecretary for Defense Industries Ismail Demir said on Tuesday that Ankara aimed to develop its own missile defense system, denying the existence of reported agreements with Russia.

MOSCOW (Sputnik) — Below is information on missile defense systems in various countries around the globe.

What Is Missile Defense System

Missile defense is an array of organizational and technical measures, as well as combat operations by special forces and assets to detect, track, and effectively engage intercontinental ballistic missiles (ICBMs) and ballistic missiles and their components (warheads, guidance systems and so on) at particular stages of their flight paths.

A missile defense system can include anti-missile complexes, information and reconnaissance assets of different ranges, as well as combat command, control and communications posts. Depending on its designation, a missile defense system can be territorial (defense of a country’s entire territory), area defense (defense of major military-industrial areas) and point defense (defense of important administrative, industrial and military installations).

A missile defense system operates in a fully automatic mode, including the detection of ballistic targets both independently and by using target designation data provided by a missile attack warning system, separating missile warheads amid light and heavy decoys, active and passive jamming, as well as other means used by the enemy to overcome missile defense, and intercepting and effectively engaging ballistic missile warheads.

© AFP 2021 / POOL / Kim Hong-Ji
US, South Korean Navies Conduct Long-Range Strike Drills
In the Soviet Union, the decision to create a missile defense system was made in the early 1950s. On March 4, 1961, a V-1000 interceptor missile launched from Sary-Shagan test site hit the warhead of an R-12 ballistic missile.

Today, Russia’s missile defense consists of several layers of ICBM detection and interception. Space satellites register their launch at any point in the world, ground-based radars track their flight and super computers calculate the point of interception in near space. Then supersonic interceptor missile come into play.

The first line of defense is the missile attack early warning system, which is also multi-tiered. It is designed to monitor missile attack assets of potential adversaries, detect launches and provide timely warning to the supreme commander in chief, the General Staff of the Russian Armed Forces and the main commands of branches of service. It includes an orbital grouping of military spacecraft (first echelon) that register the launch of ballistic missiles by the heat of their engines and a network of ground-based over-the-horizon radar systems (second echelon) that calculate the parameters of their flight path.

Radars as part of the missile attack early warning system are positioned so as to monitor the airspace around Russia in all directions. Radars are stationed not only on our country’s territory, but also in Belarus and Kazakhstan. They are manned by Russian service personnel.

The Oko optical-electronic complex based in Tajikistan monitors near-earth space, detecting objects at altitudes of up to 40,000 kilometers (24,854 miles). The Krona radio-technical center is deployed in the North Caucasus and consists of specialized radar decimeter- and centimeter-band radars.

© Sputnik / Vladimir Astapkovich
Kremlin Denies Russia, Turkey Discussed Creation of Joint Missile Defense System
The missile defense system includes ground-based systems to counter ICBMs. A case in point is the Moscow missile defense system. It is called A-135 Amur and is there to protect Moscow and parts of the country’s central region. The A-135 consists of a Don-2N radar station, stationed in the Moscow region town of Sofrino, and launchers with 53T6 missiles that can effectively engage targets at ranges of up to 80 kilometers and altitudes of up to 30 kilometers.

In addition to the A-135 system, there is the S-400 mobile surface to air system.

Eventually, the following will be integrated into a single system: the Tunguska, Tor-M2, Pantsir-S1, Buk and Morfei short-range systems; the S-300 and Vityaz medium range systems; the S-400, S-500, A-235 and possibly S-1000 long-range systems. In early 2011, Nikolai Makarov, then-chief of the General Staff of the Russian Armed Forces, said that the new missile defense system will actually become an "umbrella" that will protect the country against "ballistic missile attacks, medium-range missiles, and different types of cruise missiles – air, sea and ground-based, including at extremely low altitudes at any time and in any situation."

The US global missile defense system development program through 2020 is based on a phased approach toward the creation and deployment of a missile defense system. The US has four types of interceptor missile systems: short-range, medium-range, intermediate-range and intercontinental. Since all missiles are different, the US missile defense complex is a multilevel system of defense against different types of missiles (by speed, size, and so on).

Under the program, by 2020, early response missile defense systems against medium, intermediate and intercontinental missiles, i.e. all types of missiles, are to be put in place:

Missile defense is ensured by US military personnel from the US Strategic Command, the US Northern Command, the US Pacific Command, the US Forces Japan, and the US European Command, among others. There are also bilateral agreements and collaboration programs with other allies, including the UK, Japan, Australia, Israel, Denmark, Germany, the Netherlands, the Czech Republic, Poland and Italy, among others. The US Missile Defense Agency is actively involved in NATO activities to create an integrated missile defense system with the participation of all member countries.

NATO’s first missile defense facility in Eastern Europe went into operation at the former air base in Deveselu, southern Romania on May 12, 2016. The Aegis Ashore missile defense system with Standard-3-1B interceptor missiles is a ship-born system in which some of the equipment was dismantled and moved to land. It includes a vertical launcher for 24 interceptor missiles. On the same day it became known that a similar site will be built in Poland (Redzikowo) for the upgraded Standard-3 missile to be put into service before 2018.

Russian and foreign experts believe the European missile defense system will be deployed by 2020.

The United States and South Korea plan to deploy US THAAD interceptor missile systems in South Korea. The Terminal High Altitude Area Defense mobile missile system is designed for the high-altitude interception of medium and shorter-range missiles. According to the South Korean Defense Ministry, THAAD missiles have a range of not more than 200 km.

China believes that the decision will hurt the strategic interests of the countries of the region, including China.

Currently, China has two S-300PMU battalions, two 300PMU-1 regiments and four S-300PMU-2 regiments, as well as the domestically manufactured HQ-9 (Hongqi-9) SAM system based on Russian systems, including a sea-based version: HHQ-9. In addition, China has a system similar to Aegis, based on French Thomson-CSF TAVITA. Experts believe an impediment to the creation of regional missile defense systems in China is a lack of a missile attack early warning system.

Japan decided to start missile defense research projects in 1998, following three launches Tepkhodon ballistic missiles from DPRK territory. After the test launch of a Tepkhodon-1 missile, which flew over Japan and fell into the Pacific Ocean, the Japanese Defense Ministry was directed to develop a national missile defense system together with the United States. Successful tests of interceptor missiles in 2002 led Japan, with US support, to deploy a layered missile defense system, which was announced at a meeting of the Japanese Cabinet in 2003.

In December 2004, the United States and Japan signed a joint document on missile defense cooperation, including the mutual transfer of technology. In 2005, the two countries signed a document entitled US-Japan Alliance: Transformation and Realignment for the Future, which provided a framework for future cooperation.

The sea-based missile defense echelon is comprised of six destroyers with the US Aegis system.

By the spring of 2017, Japan, together with the United States, plans to complete the development of the SM3 Block 2A missile, which began in 2006. In the summer of 2016 the missile was first tested in California. The missiles were originally scheduled for deployment in 2018.

The FBX-T radar station on the island of Honshu is responsible for detecting ballistic missile launches. In addition, the Japanese have their own radar, FPS-XX, to accomplish these missions.

In December 2014, Japan took delivery of the second mobile radar tracking station as part of the US missile defense system. The AN/TPY-2 X-band mobile radar with a range of over 1,000 kilometers can transmit data about ballistic missile launches in North Korea to US destroyers near the Japanese coast of Japan, which are equipped with Aegis systems, as well as to ground-based interceptor missile bases.

In 2000, the Israeli army adopted the Netz system. It is designed to effectively engage tactical missiles at ranges up to 100 km and altitudes up to 50 km and can intercept missiles launched from distances of up to 3,000 km and with a flight speed of up to 4.5 km/s.

In December 2015, it became known that Israel had test launched a Hetz-3 missile system, designed to effectively engage targets in the upper layers of the earth's atmosphere.

In September 2008, the United States deployed an FBX-T AN/TPY-2 mobile forward-based radar in Israel to detect and track ballistic missiles right after launch. Defense against shorter-range missiles is provided by the Iron Dome system.

An intermediate stage will be provided by David’s Sling, a system that is still under construction, which, according to local media reports, is designed to intercept missiles at ranges of 70 km to 300 km.