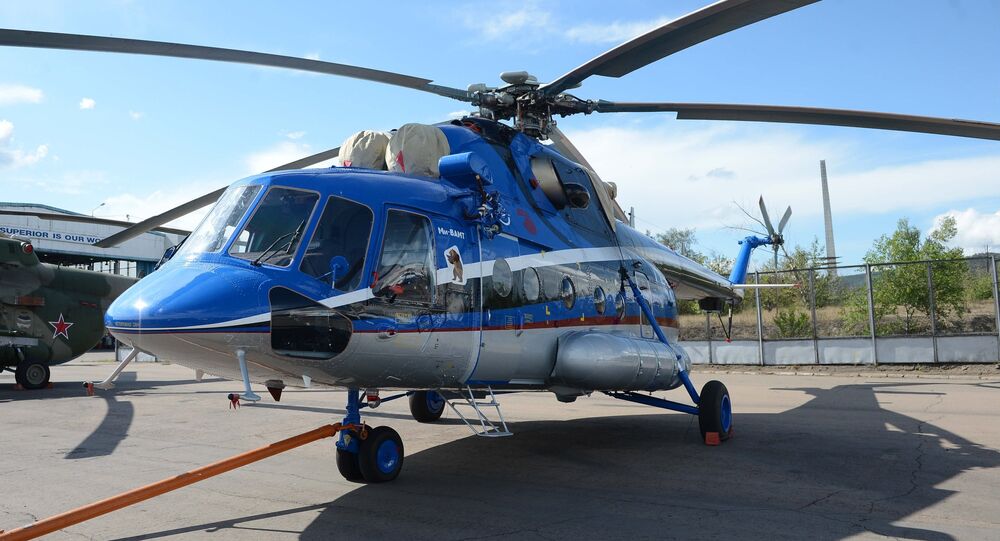 Russian Helicopter Radio System Supplies to Save Peru Over $11.5Mln

Russia's supply of the R-312ATs military radio systems to Peru under the contract on delivering 24 Russian Mi-171Sh military transport helicopters to the Latin American country will save the South American country more than $11.5 million, Russian state arms exporter Rosoboronexport said on Tuesday.

© AFP 2021 / Georges Gobet
Poland in Fallout With France Over Helicopters in Further Split Within EU
MOSCOW (Sputnik) — The largest-ever Russia-Peru military contract on the supply of 24 Mil Mi-171Sh helicopters was completed earlier in 2016. The contract was agreed in late 2013, and included the delivery of maintenance equipment and training of personnel.

"Over $11.5 million of budget money will be saved as a result of the transfer of the radio equipment under the program on industrial and social compensations as part of the purchase of 24 Mi-171Sh helicopters," Rosoboronexport said in a statement.

A further $1 million may be provided for the construction of a helicopter training center under the Russian-Peruvian defense cooperation agreements, the statement added.

Rosoboronexport is ready to hold demonstrations to show the radio systems' advanced technological level, as well as their compatibility with the conditions faced by Peruvian troops in the Valle de los Ros Apurimac, Ene y Mantaro (VRAEM), a poor coca-growing region with guerrilla activity and drug trafficking problems.

© Sputnik / Dmitriy Vinogradov
Russian Helicopter Delivering Aid to Syria's Hama Attacked by Daesh Militants
The R-312ATs systems are equipped with GPS receivers and are compatible with the Peruvian army's UK-made Selex SSR-400 radios, according to the statement. The radios can be fully integrated into the Peruvian armed forces' command and control systems, thus being effective in minimizing risk while carrying out operations in the VRAEM region.

The R-312ATs is the only certified system capable of conducting encrypted communications between Russian helicopters and ground forces, Rosoboronexport stressed.

In early 2016, the Peruvian military expressed full satisfaction with the performance of Mi-171Sh helicopters in operations against terrorists and drug cartels. The Mi-171Sh can be used in a wide range of missions, including the airlifting of military forces, the transportation of cargo, air-to-surface attacks, medical evacuations and search and rescue operations.

Russia Ready to Supply Afghan Gov't with Attack Helicopters Financed by US, EU