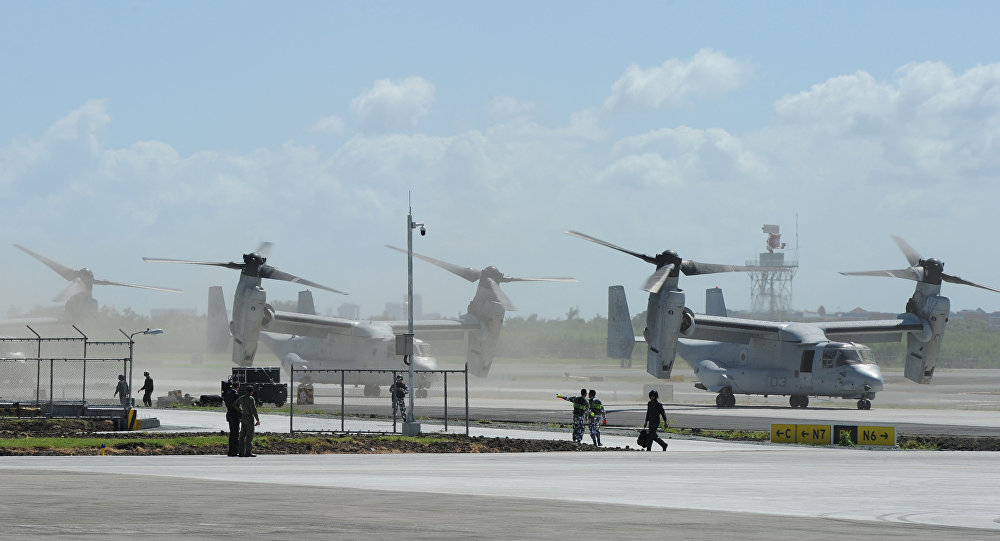 Bell Helicopter has presented it’s new tiltrotor V-280 that is to replace the widely-criticized V-22 Osprey. Turns out this new aircraft will enjoy some features of notorious F-35 Lightning II.

© RIA Novosti.
India to Acquire Advanced Russian S-400 System That Makes F-35’s Stealth Useless
V-280 Valor is the brand new tiltrotor aircraft designed mostly by Bell. While it does resemble V-22 at a first glance, its entrails rather resemble the costly F-35 Lightning II jet fighter. For example, the full-size model presented at the Association of the United States Army convention features six holes on the hull: in future, they will house a variation of the Lockheed Martin's DAS system.

To put the long story short, the system, called PDAS on V-280, will allow the aircraft's crew to have a full 360-degree vision of the surroundings, not unlike today's Virtual Reality or, rather, YouTube's 360 videos. But, while F-35 DAS system only provides imagery for one single helmet — that of a pilot, PDAS will allow six people onboard to have their own point of view.

Four of that six are the aircraft's crew of four. The two others will be commanders of the assault unit transported inside the V-280. According to military requirements, the assault team requires information about their surroundings even before they reach ground. The remaining 10 soldiers will have to rely on large displays mounted in the back cabin.

​In future, the system will be supplemented with night vision and thermal sensory modes, providing enhanced 360-degree imagery. However, all the sophisticated  electronics are Bell and Lockheed's own initiative, since current military requirements for V-280 include only airspeed and agility tests.

Only after the V-280 passes the Joint Multi-role Technology Demonstration (JMR TD) program tests will the two companies will proceed with adding the fancy stuff.

The two companies also intend to arm the aircraft with AGM-114 Hellfire missiles and their newer counterpart, JAGM. Those are the missiles used by the strike drones, for example. While it's too early to estimate how V-280 would cope with the new role of an assault aircraft, the less-than-stellar multirole capabilities of its V-22 predecessor suggest it won't be too far-fetched to compare the Hellfire-armed V-280 to a cow with the saddle.