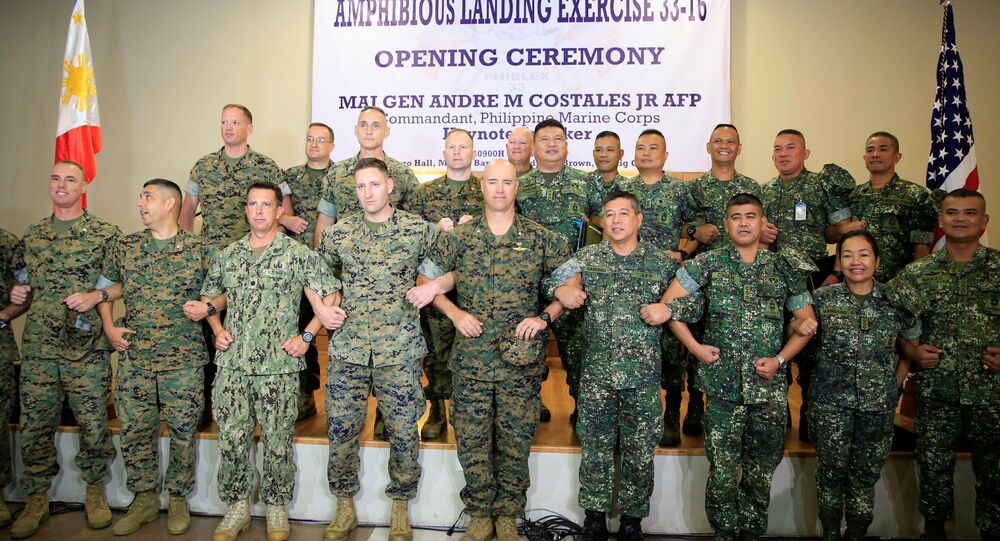 The United States and the Philippines have started what could be their last joint drills as Philippine President Rodrigo Duterte has pledged to end the joint military exercises with the United States, media reported Tuesday.

© AFP 2020 / Saul LOEB MANMAN DEJETO
New Alliances? This Year’s War Games With the US May Be the Philippines’ Last
MOSCOW (Sputnik) — Last week, Duterte announced his decision to end joint drills with the United States in a bid to appease China amid hopes to develop closer trade ties with Beijing.

"For 2016, our mission is to integrate the use of strategic sea vessels and other non-traditional platforms," Philippine Marine Corps Commandant Maj. Gen. Andre Costales Jr. said, as quoted by the The Philippine Star newspaper.

Duterte also said that he would be seeking alliance with Russia, too. Kremlin spokesman Dmitry Peskov responded Monday by saying that Russia welcomed "mutually beneficial constructive relations, with Washington, Beijing, Manila, in all directions."

The relationship between the United States and the Philippines has become tense lately as Washington criticized alleged extrajudicial killings of people suspected of being involved with drug-related activities in the country.

On September 13, Philippine President Rodrigo Duterte urged the US troops to pull out of southern Philippines but later said that, despite this decision, he did not intend to break ties with the United States.