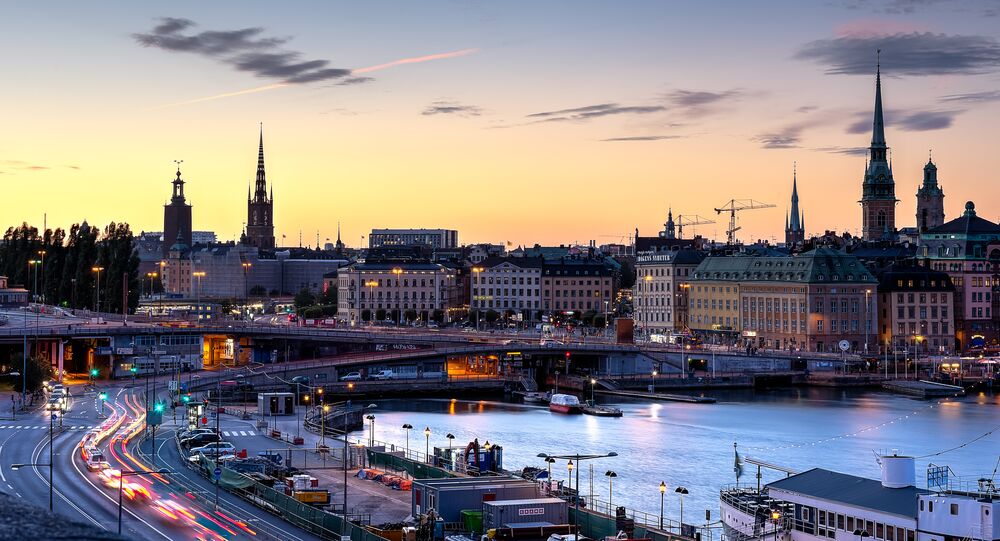 Non-aligned Sweden, where talks of a Russian "threat" have become increasingly commonplace, is intensifying its psychological defense and preparing to join Stratcom, the NATO center for strategic communications.

© Sputnik / Alexei Filippov
So Much for Neutrality: Sweden Goes All Out Against ‘Russian Propaganda’
According to Swedish Interior Minister Anders Ygeman, attempts to influence the debate in Sweden are increasing. As usual, the blame is put on Russia, which supposedly runs numerous centers where people anonymously spread false information and rumors on social media.

"We need to strengthen our capabilities in terms of psychological defense, our ability to identify foreign advocacy campaigns and defend ourselves against them," Anders Ygeman said, as quoted by Swedish Radio.

The Swedish government has long expressed its willingness to join the NATO center for strategic communication, Stratcom, which was founded with the aim of parrying the Russian "threat" and to facilitate NATO's indoctrination. Last week, Sweden finally took the formal decision to apply for membership in Stratcom. An official from the Swedish Civil Contingencies will be placed at Stratcom, which has provoked outrage among Swedish politicians.

© Sputnik / Alexandr Kryazhev
Whenever Swedish Air Space Gets Violated, Russians Get the Blame
The Left Party's defense spokesman Stig Henriksson said it was fundamentally wrong for Sweden to join the NATO center for strategic communications.

"This is a very bad decision for several reasons. Partly because Stratcom is pushing us even deeper into NATO structures. But partly because Stratcom, which was meant to be "a center of excellence," is in many ways a rather amateurish business," Stig Henriksson told Swedish Radio, voicing concern that Sweden will become part of NATO's propaganda machinery.

According to Interior Minister Anders Ygeman, there is no such risk.

"We will not become part of anyone's propaganda. However, we will increase our own knowledge and abilities. We'll also help to raise awareness of other countries in the world," Ygeman said.

According to freelance journalist and former Swedish cultural attaché in London, Torsten Kälvemark, Stratcom gave an impression of unprofessionalism.

The main merit of Steve Tatham, the editor-in-chief for Stratcom's magazine, is having planned a media campaign for the disastrous US invasion of Iraq in 2003 alongside his American colleagues, Kälvemark pointed out to the Swedish tabloid newspaper Aftonbladet earlier this year.

According to Kälvemark, the most analytical report on Stratcom's website is borrowed from the University of Helsinki. Ironically, the very same report noted the following: "The notion that Russia is conducting a "hybrid war" against the West is at best an extreme simplification and at worst a misinterpretation of the word 'war' that could have dangerous unintended consequences."

© CC BY 2.0 / Håkan Dahlström / Swedish soldiers
Sweden Keeps Eyes Peeled for Russian 'Spies'
Earlier this year, Kälvemark said it would be a scandal if Sweden threw tax-payers' money into a black hole in Riga instead of focusing on academic and analytical skills at home.

The Center for Strategic Information is headquartered in Riga and was founded in August 2014 after the Crimean Peninsula's re-unification with Russia. Its work is sponsored by a number of NATO members, such as the Baltic countries, Poland, and the UK, with the supposedly non-aligned Finland being among its contributors. At present, Sweden is already active in NATO's center against cyber warfare in Tallinn, Estonia.