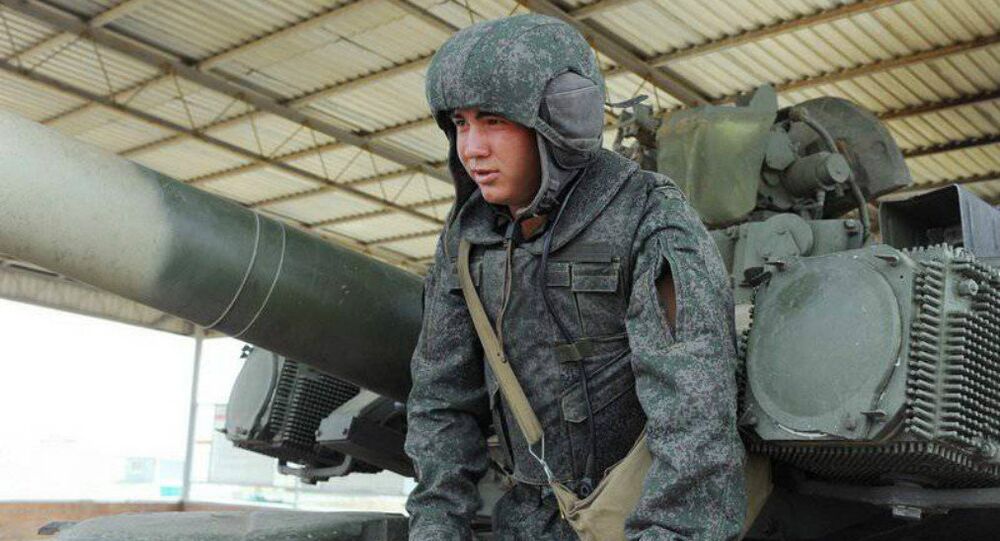 The protective clothing, formally known as the 6B15 kit, began to be introduced in limited quantities in 2012. Since then, their use has become widespread. Last week, the Ministry of Defense announced that over 1,000 more 'Cowboy' kits have been delivered to units in the Southern Military District.

The kit, developed by TsNIITochMash industrial design bureau following an analysis of the experiences of the Second Chechen War, features a complex system of protection, including Class 1 body armor, fire-retardancy, and ballistics-resistant padding on the tanker's headset. The 6.5 kg suit is breathable.

© Photo : topwar.ru
Cowboy tanker uniform
© Photo : Russian Defense Ministry
Trial by Fire: Syrian Campaign Removes Any Doubt as to Russia's Military Capabilities
The kit is part of a series of measures taken by the military to protect crew from shrapnel damage and fire inside their vehicles in the event of strikes by shells, machinegun fire or RPGs. Its development began after an analysis of operations in Chechnya showed that unprotected tank crew suffered poor survivability when their machines were severely damaged or caught fire.

The Cowboy suit protects its wearer from fire and shrapnel, and 7.62mm bullet fire from a Makarov or similar pistol. It covers 80% of the tanker's body, including the groin, neck and shoulders, allowing him to survive open flames with temperatures of 1,100 degrees centigrade for 10-20 seconds, all without hindering freedom of movement.

According to experts, 'Cowboy' is superior to its Western analogues with respect to anti-fragmentation resistance, and has improved fire resistance, but is heavier than NATO-standard kits. Engineers are currently in the process of creating a version of the suit that is 15% lighter than the current model.

Syrian Campaign Removes Any Doubt as to Russia's Military Capabilities