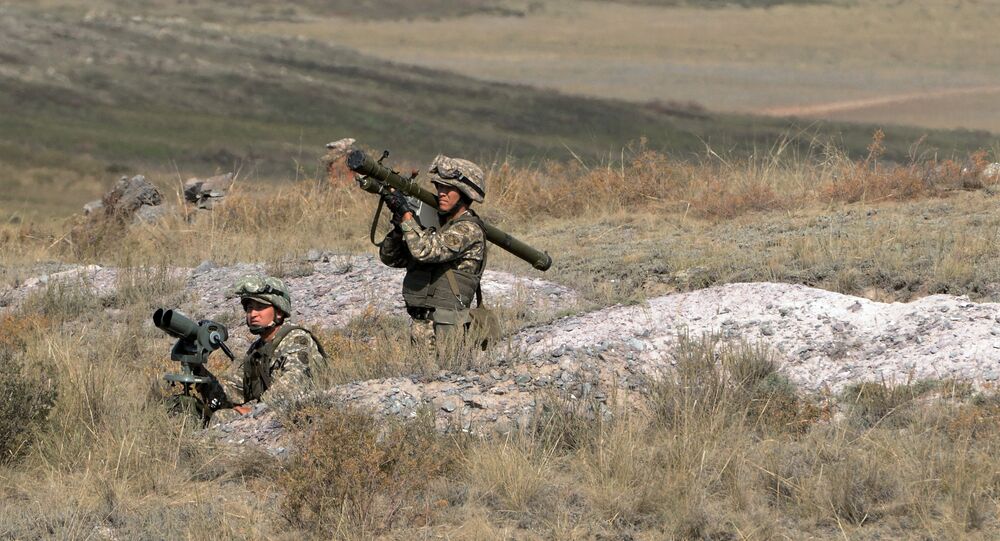 Russia Opposes Prospects of US Supplying Syria Opposition With MANPADS

MOSCOW (Sputnik) — Earlier in the day, US Department of State deputy spokesman Mark Toner said that the United States supported Syria's opposition, but refused to say whether Washington supplied the opposition groups with arms.

"I think that it will be a completely counterproductive approach," Bogdanov said in an interview with RT television commenting on reports that Washington may consider supplying the Syrian opposition with modern weaponry, including air defense systems.

© AFP 2020 / Abd Doumany
Movement of Over 80% of UN Aid Convoys Blocked, Delayed in Syria
"In the end, these people [the Syrian rebels], who have been trained and armed by the Americans, might do the same as they did on September 11 in New York," Bogdanov stressed.

He added that the move could become very dangerous because it would pose threat to both Russian and US aircraft in future.