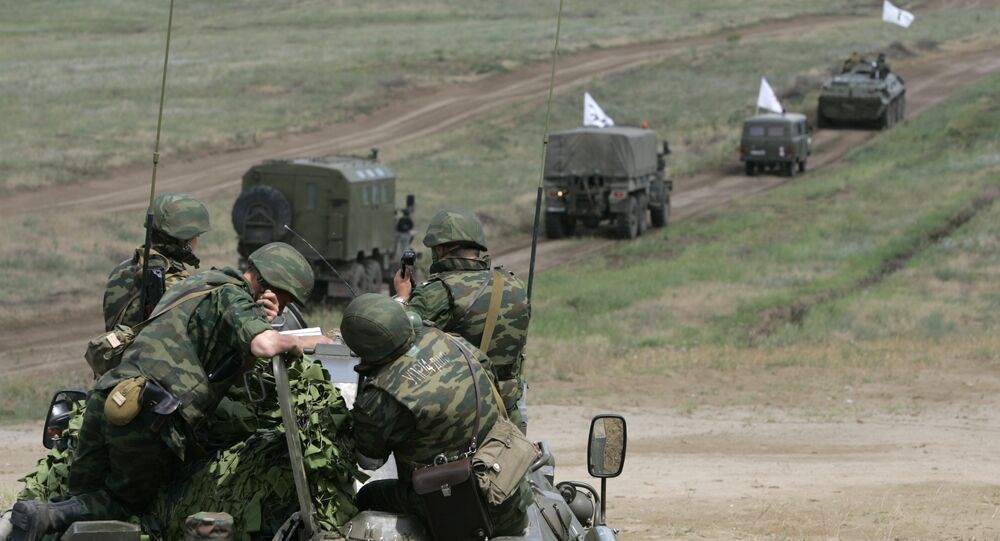 MOSCOW (Sputnik) — He reminded that Russia and Pakistan had been carrying out the first joint Druzhba-2016 ("Friendship-2016") exercises since September 23, adding that on October 4-7 Russia would also engage in joint drills of the collective rapid deployment forces of the Central Asian countries "Rubezh-2016" ("Boundary-2016").

The CSTO is an intergovernmental military alliance of former Soviet states, which comprises Armenia, Belarus, Kazakhstan, Kyrgyzstan, Russia, and Tajikistan.

Next year, Moscow, New Delhi and Islamabad will be allied in the Shanghai Cooperation Organization, a political, economic and military alliance which includes Russia, China, Kazakhstan, Kyrgyzstan, Tajikistan and Uzbekistan, as India and Pakistan are expected to get full-fledged membership in the organization by 2018.