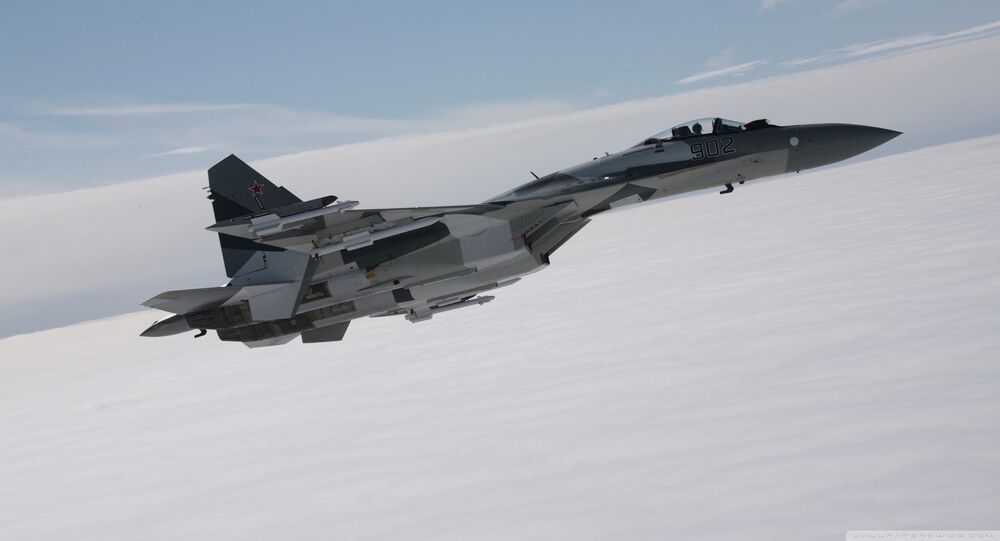 Western hawks are beating their war drums over the growing military capabilities of Russia and China, fearing the countries could challenge the West's air supremacy.

Western military analysts are raising the alarm over the fact that Russia and China are enhancing their air power and fielding more sophisticated antiaircraft systems.

"For more than two decades, combat aircraft flown by the US and its European allies have pretty much owned the sky. Now, Russia and China are spending lavishly on new weapons that could challenge that superiority, spurring a new arms race," Robert Wall, the senior aerospace and aviation editor of The Wall Street Journal, notes in his recent article.

© CC BY-SA 2.0 / Dmitry Terekhov / IMG_8624
Brand New Russian Su-35 and PAK FA Turn Pentagon's F-16 Into 'Relic of the Past'
Wall cites Air Force Chief of Staff Gen. David Goldfein who responded to US lawmakers back in June when asked what major challenges the Chief of Staff of the Air Force is likely to confront.

"The most pressing challenge for the United States Air Force is the rise of peer competitors with advanced military capabilities rivaling our own. Adversary advances are challenging our control of the air."

When asked about his plans for addressing these challenges, Goldfein stressed that he would push ahead with a number of modernization programs including "new platforms such as the F-35 and B-21, which will ensure a qualitative edge against likely adversaries."

However, it seems that the technological gap between the US and its peers — Russia and China — is nevertheless narrowing steadily.

Walls points out that in 2018 Russia plans to start fielding its first stealth fighter jet — the T-50.

"The twin-engine plane is designed to be highly maneuverable and equipped with sophisticated electronics to spot enemy aircraft from miles away," he stressed.

For its part, China is taking every effort to close the gap with Western air forces.

© Flickr / mashleymorgan
US Air Force Attempts to Paint Costly F-35 Repairs as a Positive
China's Air Force boasts the J-20, "which resembles the US F-22," as Wall remarks. Furthermore, Beijing is developing its new fifth-generation fighter, the FC-31. The journalist remarks that the FC-31 resembles the US F-35. According to The National Interest's 2015 analysis, the aircraft could become operational as early as 2022.

But that's only half the trouble for the Pentagon.

"Both China and Russia are also fielding more sophisticated antiaircraft systems. Moscow says its new S-400 can shoot down planes at a range of up to 236 miles, or roughly twice the previous range," Wall emphasizes.

© Photo : Lockheed Martin
Mo’ Money! F-35 May Require Expensive New System for Repairs
To counter Moscow and Beijing's enhanced military capabilities, the US military is pushing ahead with a plan to introduce long-range missiles for US warplanes, which would allow them to hit their targets while remaining invulnerable to an adversary's air defense systems.

The journalist emphasizes that the Pentagon, along with European defense ministries, is seeking to design a new aircraft to ensure NATO's predominance in the air.