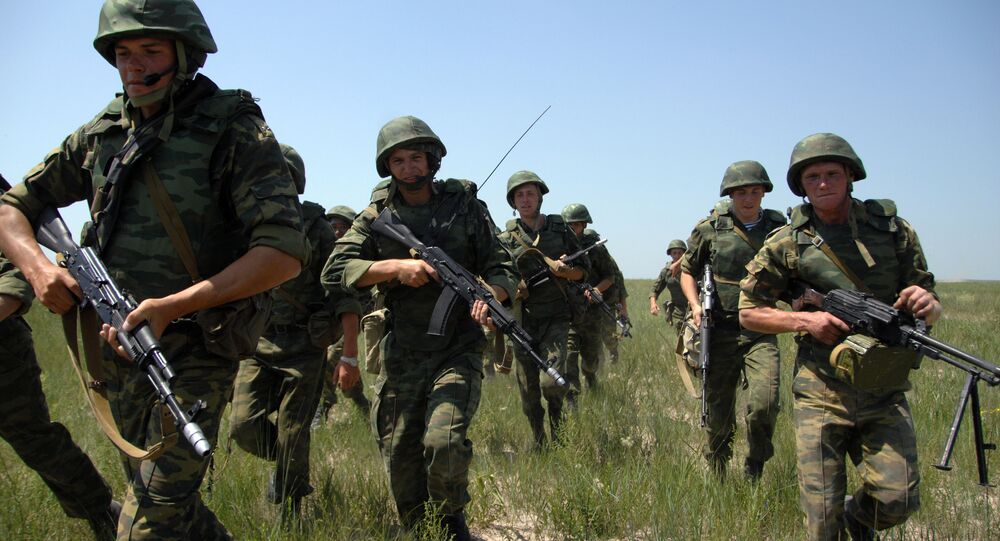 MOSCOW (Sputnik) — Command-and-staff exercise that involved some 4,000 Russian servicemen and over 1,000 pieces of military equipment, completed in South Ossetia, the Russian Defense Ministry's Southern Military District said in a statement on Monday.

"The maneuvers at Dzartsemi mountain range have involved by some 4,000 troops and over 1,000 pieces of military equipment, including the T-72BM tanks, the BMP-2 infantry fighting vehicles and the Akatsiya and the Gvozdika self-propelled howitzers," the statement reads.

In early 2009, Russia set up its 4th Military Base in South Ossetia, with two main compounds — one on the northwestern outskirts of the capital of Tskhinvali and another in Java, or Dzau, the second largest urban settlement in South Ossetia. The base was deployed to protect South Ossetia as well as the southern border of Russia.