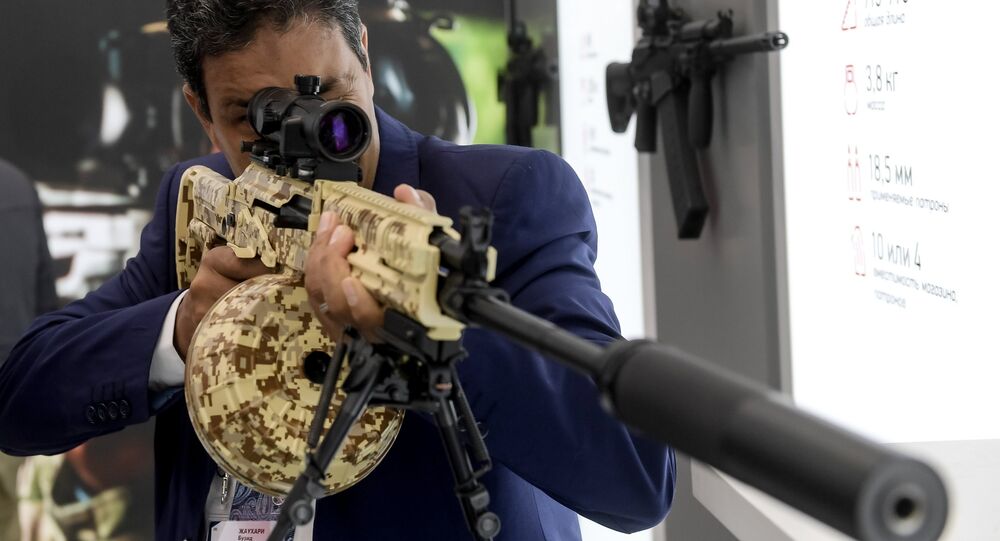 The reputation of the famous military concern "Kalashnikov" is primarily based on its glorious Soviet past, rather than on recent developments in the present, German newspaper Frankfurter Allgemeine wrote. However, thanks to recent know-how and the support from the Kremlin, the situation is gradually improving, the article said.

Kalashnikov is a corporation "of the past of which the Kremlin is proud," and the recent attempts to modernize it should help the arms manufacturer to "withstand the pressure of global competition," the article said.

The Kalashnikov Concern was created in 2013 in the merger of two Soviet-era plants, Izhmash and Izhevsk Mechanical Plant, becoming Russia's largest producer of rifles and other weaponry. The company sells civilian firearms and combat weapons in over 27 countries, including in Europe, Africa and Asia.

So far, the image of the famous arms manufacturer has been mainly based on the reputation it received during the Soviet era, with the corporation now being the "pale shadow of what it was in Soviet times," the article said. However, the military concern is setting new goals and has a good chance to improve its competitiveness on the global market, the newspaper wrote.

© Photo : Concern "Kalashnikov"
Haute Couture: Russia’s Kalashnikov Presents Collection of Hunting Clothes
Since 2014, the concern has been run by experienced manager Alexei Krivoruchko whose task is to make the company more efficient and profitable by 2020.

While in 2014 the concern showed a net loss of 340 million rubles (4.7 million euros), in 2015 its turnover reached 113 million euros, with 29 million euros in profit. The head office said that they were able to achieve such progress with the introduction of special programs designed to modernize the concern and increase its productivity.

Next year, the company is planning to sell 165,000 units of small arms, while in 2020 turnover is expected to grow by at least six times, the newspaper noted.