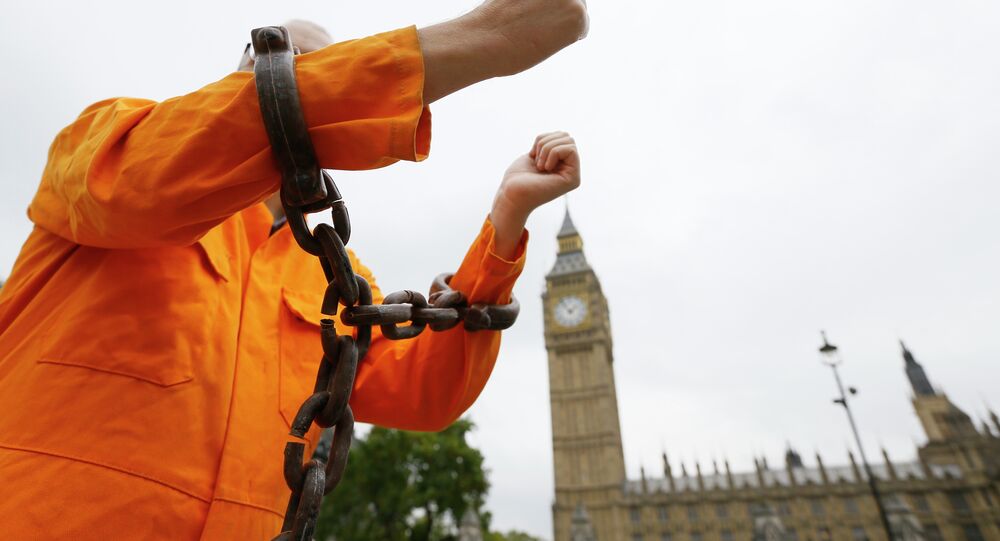 A top lawyer for the British Secret Service (MI5) will be questioned over alleged torture allegations at Guantanamo Bay.

© Flickr / Javier Díaz Barrera
Former Mi5 Agent to Disclose UK's Awareness of Guantanamo Torture - Reports
The Intelligence and Security Committee (ISC) will ask the lawyer to provide evidence in response to allegations that the MI5 was aware that prisoners at the controversial camp in Cuba were in fact being tortured. This comes shortly after reports indicating the ISC had received claims that MI5 had held secret "torture meetings" in 2002. These so-called "meetings" involved systematic abuse and torture of Guantanamo inmates.

According to The Sunday Times, the lawyer awaiting to be questioned is said to have extensive evidence that can help the inquiry, as they had access to files and materials from that time period.  Proceedings could last for several months.

The former attorney-general, Dominic Greeves has said that the case should continue for many months and will involve a lot of cross-examination.

"We're carrying out an investigation into the UK's knowledge of and involvement in rendition and detention by the United States, that process involves both considering a very large number of documents and hearing from a wide variety of witnesses. We've already heard from quite a few," Dominic Greeves said in a recent interview.

This is not the first allegation of torture at Guantanamo, however it is one of the few cases involving the British Secret Service.

After 9/11, the US government implemented a program involving the abduction and subsequent torture of terrorist suspects.

Reprieve, who work to free Guantanamo prisoners, said that British intel has been involved in the torture of prisoners abroad.

"The application for a judicial review alleges there is 'compelling evidence' that 'UK intelligence personnel have been engaged in activities amounting to complicity in torture and that the inevitable inference is that such activities have been in conformity with unlawful promulgated policies and guidance" since at least 2002," a spokesperson from Reprieve said in a interview.

Prisoners have suffered being force-fed, there were also allegations of water-boarding, as well as inmates having electric shocks administered. Shaker Aamer, who was released from Guantanamo Bay in 2015, described how he was force-fed and also violently beaten by US officials, and in full view of British agents when he was captured in Afghanistan.

"Aamer has alleged that he was tortured in full view of British agents in Afghanistan — a very serious claim that should be fully investigated as part of an independent, judge-led inquiry into a whole set of allegations that UK officials were involved in kidnap, detention and torture overseas during the ‘war on terror,' " Kate Allen, UK Director of Amnesty was quoted as saying on the organization's website.