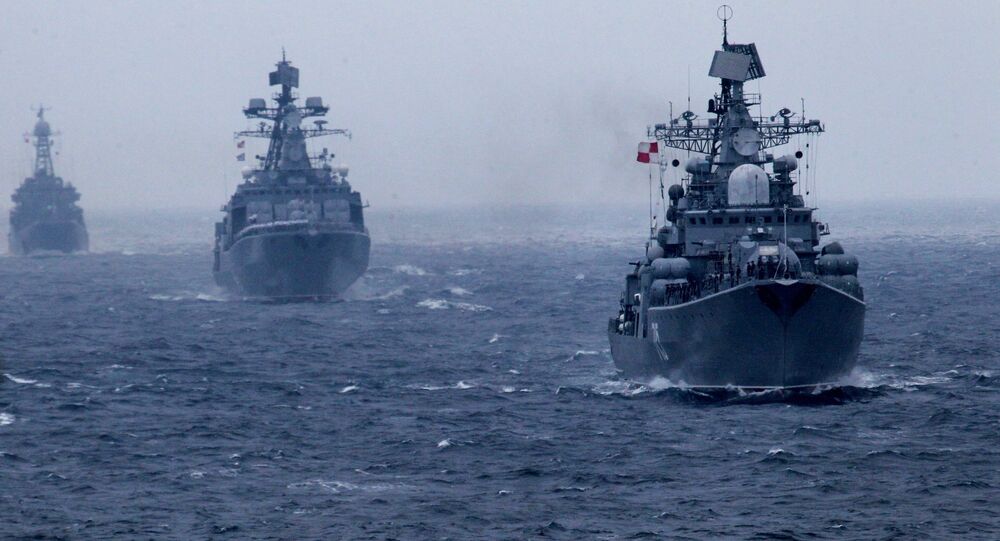 The drills were part of the massive eight-day Joint Sea-2016 naval war games in the South China Sea, the single largest joint maritime military exercise between Russia and China ever.

On Saturday, Chinese and Russian naval forces carried out joint air defense and anti-submarine drills in the South China Sea near Guangdong Province as part of an eight-day naval war game, Joint Sea-2016, the largest naval military exercise ever between the two countries.

The drills featured a number of warships including a missile destroyer, anti-submarine vessels and conventional submarines joined in part by helicopters flying overhead.

A senior officer told China’s Xinhua news agency that the drill was carried out under a "background of actual combat." The official went on to say that the objective of the naval drill was successfully accomplished.

The massive naval war games come at a time of heightened tensions between China and the West regarding the disputed South China Sea following a ruling by The Hague arbitrational tribunal finding against Beijing’s historic claims to the water. China swiftly denounced the ruling as illegitimate citing the fact that the Philippines sought unilateral arbitration at the behest of the United States.

The naval drills, which were planned several months in advance, coincide with joint US-Japan “Freedom of Navigation” naval exercises in the South China Sea that has become a point of contention for China who warned Japan that participation in maritime military exercises in the disputed waters with the United States was a red line over which Japan may suffer consequences.