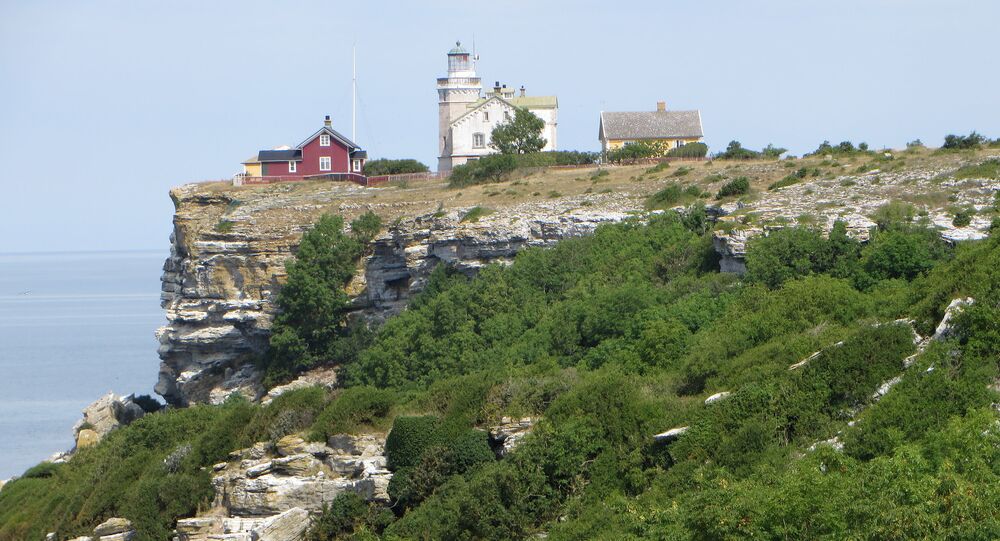 The island of Gotland, which has long been the center of the military debate in Sweden, is set for a dramatic re-militarization. Sweden's Supreme Commander has ordered the 150 troops currently training on the Baltic island to stay put, citing the security and political situation in the Baltic region.

© Flickr / Ricardo Feinstein
Got Land? Gov't Report Advises Sweden to Join NATO to Keep Russia From 'Borrowing' Island
Earlier, Swedish leaders had toyed with the idea of stationing soldiers on the strategically-located Baltic island and even agreed to strengthen the island's staff from late 2017. However, some 150 mechanized infantry troops currently taking part in a military exercise were ordered to stay on the island ahead of the schedule.

"External factors in the world have deteriorated over time," the Supreme Commander of the Armed Forces, Micael Bydén, told Swedish national broadcaster SVT, explaining the decision about permanent battle group presence, which was obviously taken with an 'aggressive' Russia in mind.

However, Swedish Defense Minister Peter Hultqvist stressed specifically that there is no threat of attack.

"We do not see any threats of attack. What we do is mark Swedish sovereignty. We mark the Swedish presence on Gotland," Peter Hultqvist told SVT.

© Flickr / Ricardo Feinstein
Nordic Neurosis : Sweden Scared Russia is Eager to Get Gotland
Despite the fact that Sweden is not believed to be under immediate threat, Bydén claims the Armed Forces will take responsibility for the country's sovereignty with increased military capability. The troops will stay on Gotland until a fixed unit has been established by mid-2017.

"Until the battle group is in place, units from different parts of Sweden will be stationed and operate on and around the island," the Armed Forces reported in a written statement.

The Conservatives' defense spokesperson Hans Wallmark welcomed the decision to strengthen Gotland, which, according to him, was largely based on Russia's ongoing rearmament.

"We are at risk of being drawn into a conflict, if something happens on the other side of the Baltic Sea," Wallmark said.

© Photo : Youtube/Jose R. Simoes
You're in the Army Now! Sweden Considers Gender-Neutral Draft
According to Stefan Ring, a military strategist at the National Defense University, the decision is about showing muscles. Gotland is strategically important not only for Sweden, but also in a possible conflict between the US, NATO and Russia.

"There is no doubt that the strengthening of Gotland is aimed against Russia. But it is not only Sweden which emphasized the importance of Gotland, but also US think-tanks and the Baltic countries. This signal is both to friends and what is perceived as an aggressive Russia," Ring said.

Gotland became largely demilitarized in 2005, when the last permanent military personnel left the island. Earlier, however, Swedish authorities agreed to bring soldiers back and boost Sweden's defense budget for 2016-2020 by 10.2 billion kronor ($1,2 billion).

© AFP 2021 / OLIVIER MORIN
Sweden Flirts With NATO Amid Drills Aimed at Deterring Russian 'Threat'
Meanwhile, the permanent garrison is being established at Tofta, south of Gotland's capital, Visby. The garrison will house a tank company with 120 servicemen and 10 vehicles and a mechanized company with 168 servicemen and 15 vehicles. The investment will set Sweden's state coffers back 780 million SEK (roughly 92 million dollars). The premises will be powered by solar electricity and totally eco-friendly. The only detail that mars Gotland's future defense is that the Armed Forces currently lacks the necessary shooting permission for the Tofta firing range, Swedish newspaper Svenska Dagbladet revealed.