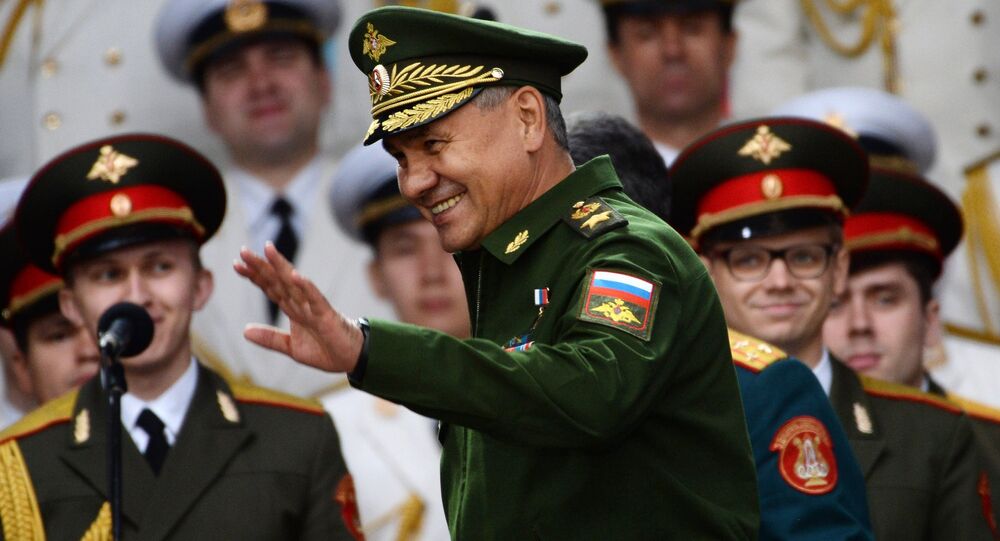 Russian Defense Minister Sergei Shoigu on Sunday awarded the top prize of the Army 2016 international military and technical forum for achievements in the development of weapons, military and special equipment to the Kalashnikov Concern.

© Sputnik / Alexei Filippov
Army Expo 2016 Showcases Russia's Success at Military Diplomacy
KUBINKA (Moscow Region) (Sputnik) — The Army-2016 forum, which kicked off on Tuesday and finished earlier on Sunday, was held in the military-themed Patriot Park in Kubinka near Moscow and in a number of locations in Russia's military districts. The event brought together hundreds of representatives from the Russian defense industry, research institutes, universities, as well as foreign companies and delegates.

Before the prize was given to the manufacturer, Shoigu visited the Kalashnikov exhibition at the Army 2016, where the minister was shown firearms and sporting rifles. The minister's attention was particularly captured by the SVK semi-automatic sniper rifle. This a prototype of the new precision weapon system, being developed by Kalashnikov in two versions, and it is currently undergoing production tests.

The defense minister also inspected the new fighting robots, or unmanned ground vehicles (UGV), which were presented at the forum. One of them, the Soratnik military robot, has been developed and manufactured at the request of the Russian Defense Ministry. The UGV is designed for reconnaissance and relay of patrolling and protection of areas and important facilities, demining and obstacle clearing.

Moreover, Shoigu observed the BK-10 assault landing boat and the BK-16 multipurpose amphibious boat manufactured by the Rybinskaya Shipyard, 51 percent of its shares belong to the Kalashnikov.

The Kalashnikov Concern was created in 2013 in the merger of two Soviet-era plants, Izhmash and Izhevsk Mechanical Plant, becoming Russia’s largest producer of rifles and other weaponry. The company sells civilian firearms and combat weapons in over 27 countries, including in Europe, Africa and Asia.