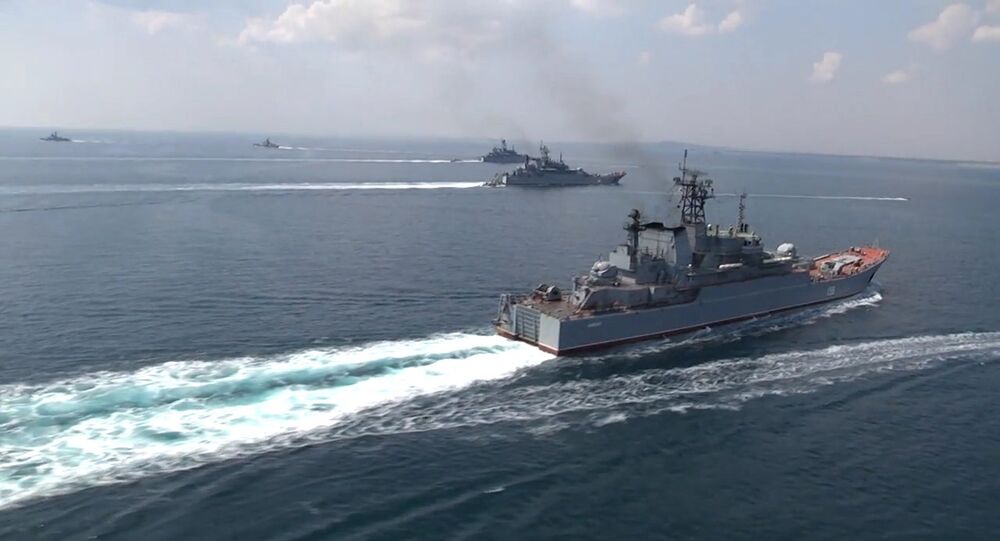 The United States has been increasingly active in the Black Sea, sending surveillance planes close to Russia's borders in what has been an attempt to spy on the massive Kavkaz (Caucasus) 2016 drills that have seen Crimea's newest military equipment and defense capabilities in action, experts say.

Defense analyst Andrey Leonkov, an expert at the Arsenal Otechestva ((the Armory of the Fatherland) military magazine told RT that these war-games are "of utmost interest for our overseas partners."

The United States "is studying frequencies that [the Russian military] uses for radio communications; they are trying to intercept and decode transmissions. The Americans are probing the combat readiness of our troops. They are trying to understand what means of deterrence have been redeployed to Crimea," he explained.

© Photo : Ministry of defence of the Russian Federation
Intercepted US Spy Planes Were 'Interested' in Russia's Top Submarines
The US military has not been happy with what it has seen so far, he added.

On September 7, several Boeing P-8 Poseidon surveillance planes made two attempts to approach the Russian airspace over the Black Sea, forcing the Russian military to send the Sukhoi Su-27s to intercept the US Navy's aircraft.

A day later, a Boeing RC-135 reconnaissance aircraft and two P-8 Poseidon planes were seen on a patrol close to Crimea. The US Air Force and the US Navy conducted three similar missions on September 7 and 9. The Pentagon made two patrol flights on September 6.

© Sputnik / Natalia Seliverstova
Intercept of US Spy Plane Heading to Russian Airspace Performed Safely - Russian Ministry of Defense
This used to be common practice during the Cold War, but in the 1990s, Russia disbanded more than 20 regiments of aerial surveillance. The US did not make similar cuts. Instead it has expanded its surveillance fleet by adding drones. The Pentagon, according to Leonkov, is trying to use these capabilities to the maximum.

On the one hand, the US is interested in how Russia's Black Sea fleet operates and "what surveillance equipment and radio-technical capabilities the Russian Navy has in its arsenal," he said.

NATO is also interested in Crimea's comprehensive defense system, including land-based troops, special forces and aerial defense, he added. Russia has upgraded the peninsula's military capabilities in the region and deployed brand new military equipment there.

"The activities of the US Air Force and militaries of other NATO members started in 2014 when Crimea reunified with Russia. This is the moment when partnership gradually turned into opponency which has been fueled by the United States," he told RT.