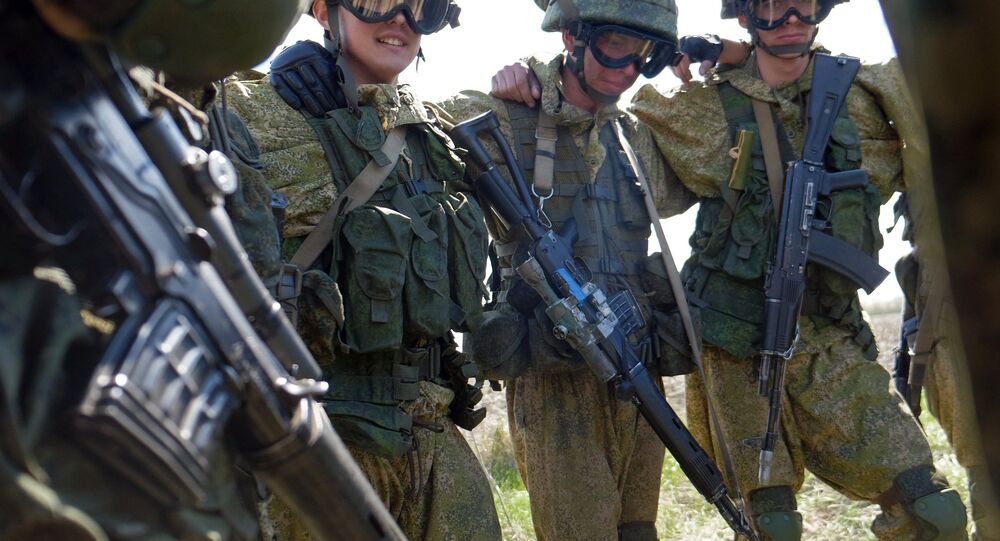 © Sputnik / Alexei Filippov
Serbian Deputy Defense Minister Calls Russian Army-2016 Expo Successful, Impressive
MOSCOW (Sputnik) — When its construction is complete in 2018, the complex will feature military, physical, and theoretical training facilities and become the world’s largest private center specializing in training of law-enforcement agencies. It is also designed to become the base for comprehensive civil athletic training for regional and national teams.

"The stand of the International Training Center for Special Forces project is of interest for officials, heads of private military enterprises and law-enforcement agencies from Africa, South-America, Asia and a number of the European countries," Daniel Martynov said.

However the construction is still underway, the center already has close ties with the neighboring states and plans to invite foreign instructors to sharpen students’ skills in hostage rescue, urban warfare, anti-insurgency warfare, Martynov stated.

He also pointed that the location is not a random choice as the Chechen Republic’s experience of combating international terrorism will contribute to training of the special forces and structures in Russia.

The Army-2016 forum, which kicked off on Tuesday and is due to last through Sunday, is held in the military-themed Patriot Park in Kubinka near Moscow and in a number of locations in Russia's military districts.