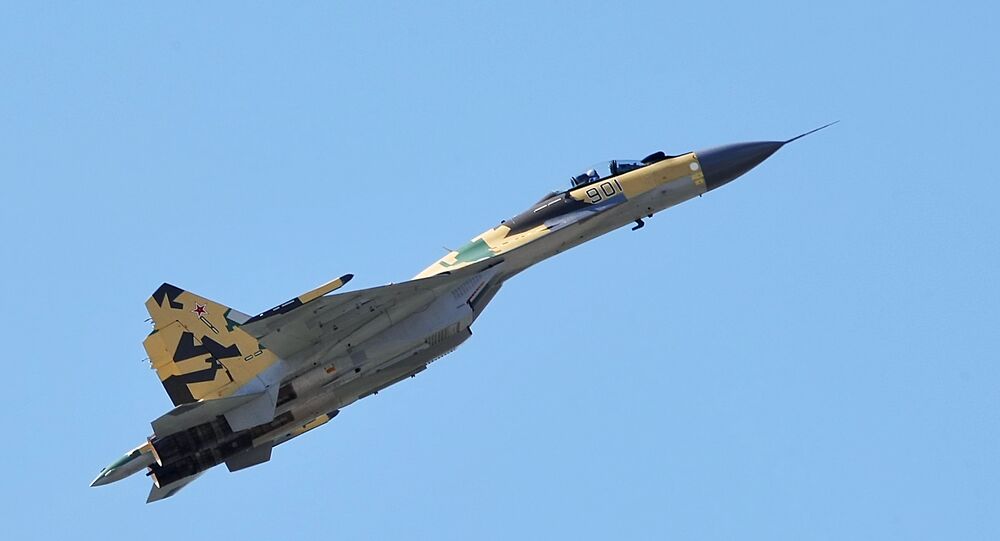 © Sputnik / Grigori Sisoyev
Pakistan, Russia Representatives Interested in Armenia Military Systems
MOSCOW (Sputnik) — "Pakistan is involved in negotiations with Russia on a deal for Su-35 and Su-37. We are in initial stage now," Qadir Khan said.

According to Qadir Khan, the Pakistani Defense Ministry's delegation which came to the Army-2016 expo includes technical experts, who assess capabilities of the jets as well as look for Russian helicopters.

"We already have Russian transport helicopters Mi-17, but we are looking for other helicraft, and we are looking at assessment of Mi-35 to buy in the near future," Qadir Khan added.

The event brings together representatives from the Russian defense industry, research institutes, universities, as well as foreign companies. Over 800 Russian and foreign participants are expected to be involved in some 7,000 exhibitions throughout the week. The forum's participants and guests are attending a number of conferences and roundtables to discuss the future development of military technology.