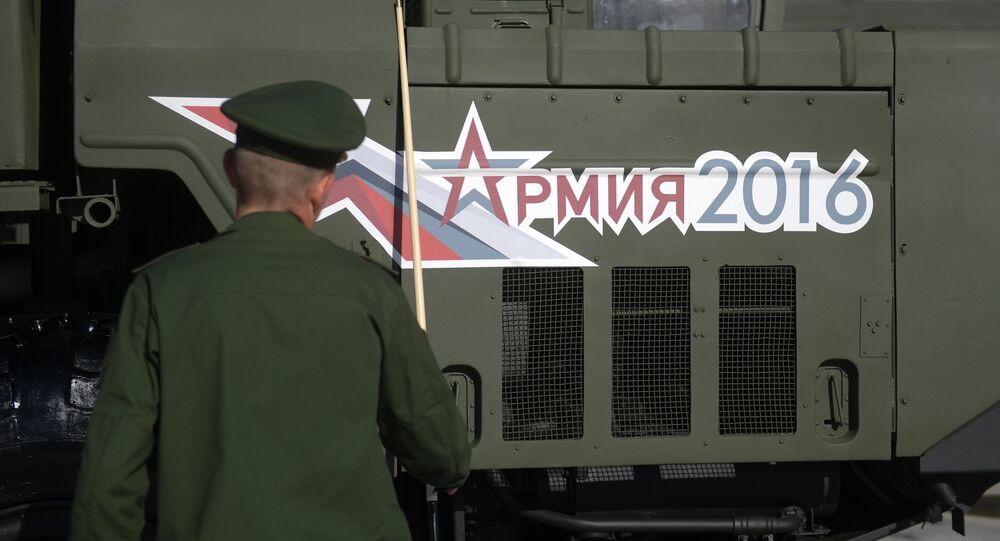 Russia and Pakistan are insterested in Armenian automated complex for reconnaissance and artillery fire control.

© Sputnik / Sergey Eschenko
Russian Northern Fleet to Display Over 100 Weapons, Equipment at Army-2016
MOSCOW (Sputnik) — The Armenian automated complex for reconnaissance and artillery fire control showcased at the Army-2016 military forum is of interest for Russia, Pakistan, a representative of the Armenian Defense Ministry told Sputnik on Wednesday.

"Armenia's automated complex for reconnaissance and artillery fire control 2K02 is of great interest not only for Russia, but a number of other countries, for example, Pakistan. It is already in use with the Armenian Armed Forces," the ministry's representative said on the sidelines of Army-2016.

The expo is expected to see over 800 Russian and foreign participants with some 7,000 exhibitions throughout the week.