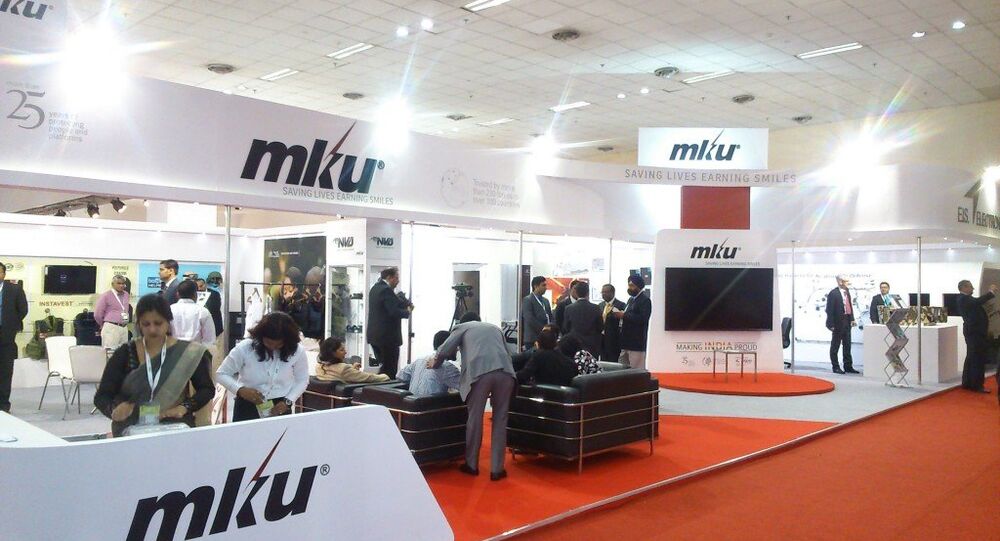 Isheet Rajput, the India's MKU military protection gear manufacturer manager stated that the company's lightweight bulletproof vests could be of special interest for both the Russian Armed Forces and special police forces.

"We've already been exporting in more than 100 countries now, but Russia and the CIS region is more or less untapped, that's why we are expecting some good business in Russia [with the Armed Forces]," Rajput said on the sidelines of the Army-2016 military expo underway in the Moscow Region.

Rajput added that the company's lightweight bulletproof vests could be of special interest for both the Russian Armed Forces and special police forces.

India Set to Bolster Its Defense Ties With Russia
According to the Russian state arms exporter Rosoboronexport, Russia and India are also negotiating the delivery of S-400 Triumf systems to the Indian forces. The sides also expect to fully implement a contract on the supply of MiG-29K/KUB carrier-based multirole fighters to India by the end of 2016.

India Set to Bolster Its Defense Ties With Russia