According to Savelyev, a few years ago, Russian Helicopters was signing "a lot of contracts" with Latin American countries, but currently there is a "temporary lull."

"However we expect that, upon seeing the new models that we are presenting, they will, of course, show interest, including in the Arctic helicopters, because Latin America is not only all about warm climate, there are also southern latitudes, in which [the Arctic helicopters] could carry out their tasks," Savelyev said, speaking on the sidelines of the Army-2016 international military forum. 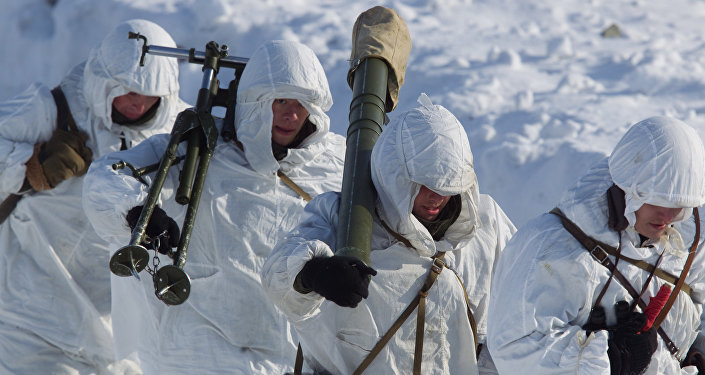 © Sputnik / Mikhail Fomichev
'Super Warm': Arctic Nano-Boots Designed in Russia
According to Savelyev, Latin America is a promising market and "quite interesting partners."

"We expect that the activity will be more intensive than in recent years," the Russian Helicopters official added.

The Army-2016 forum organized by the Russian Defense Ministry kicked off on Tuesday and is due to last through Sunday. The forum is held in the military-themed Patriot Park in Kubinka near Moscow and in a number of locations in Russian military districts.

Russian Helicopters' Mi-8AMTSh-VA Arctic military transport helicopter, an adapted version of the Mi-8AMTSh helicopter able to operate in sub-zero conditions, is being showcased at the forum.

Russian Water Bombing Helicopters to Perform at Exhibition in Australia