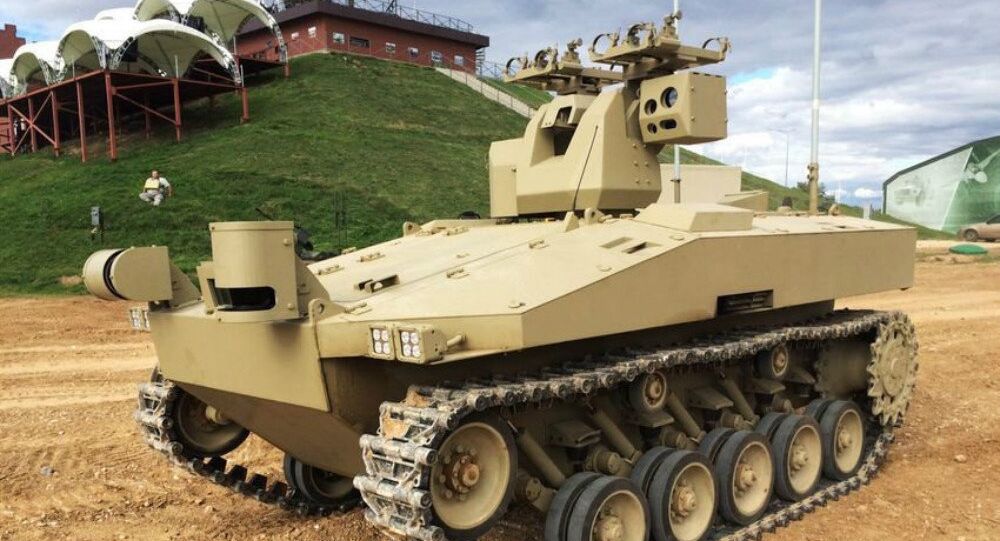 As the Army-2016 international military expo opens its doors, the Kalashnikov Concern stands ready to present one of its latest creations to the public – the Soratnik ('comrade' in English) unmanned combat vehicle.

But while Soratnik is an impressive military robot in its own right, there are also plenty of remotely-controlled unmanned systems out there worthy of note.

The Recon Scout is probably the most compact of the mass produced spy robots. This unmanned unit, which weighs only about 700 grams, can be fitted with a thermal imaging system, making it an invaluable tool for covert reconnaissance.

It should be noted that while Russian scientists did develop an analogue robot that may even possibly surpass the Recon Scout, it is yet to be adopted by the military.

The DOGO tactical combat robot, created by General Robotics Ltd, serves as proof that light unmanned recon systems can be quite deadly as well. This remotely-operated device is equipped with a 9mm Glock pistol, and can be deployed to swiftly neutralize enemy targets without endangering the personnel.

The Foster-Miller TALON is probably the most mass-produced military robot out there, with over 3,000 units already made. This small tracked remotely-operated vehicle was actively employed by US forces in Afghanistan for explosive ordnance disposal, but it can also be employed for reconnaissance, and can be fitted with a wide assortment of weaponry, including a machinegun, a sniper rifle and anti-tank rocket launcher.

The Russian-made Uran-9 is likely the heaviest unmanned combat system out there. This 10-ton armored vehicle can be equipped with a 30mm cannon, a high-caliber machinegun, an anti-tank missile launcher and an Igla surface-to-air missile launcher. The vehicle is designed for remote reconnaissance and as a fire support unit.