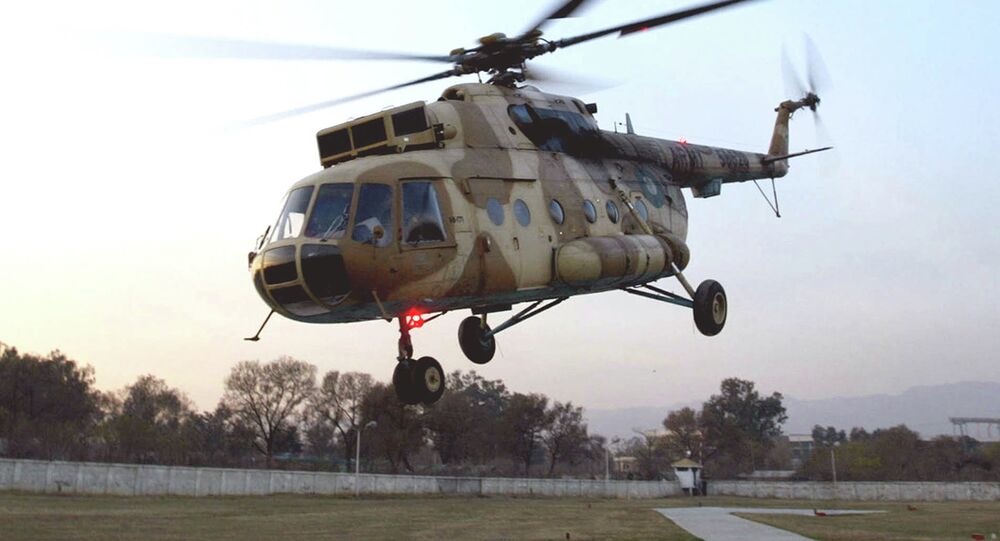 Maj. Gen. Naveed Ahmed, the director general of defense procurement for Pakistan, stated that cooperation between Russia and Pakistan in counterterrorism is very high.

© Flickr / Navneet Yadav
Pakistan in Talks With Russia on Purchase of Su-35 Jets
KUBINKA (Moscow region) (Sputnik) – The issue of counterterrorism cooperation is very high on the agenda of Russia and Pakistan, including numerous high-level exchanges on the issue, Maj. Gen. Naveed Ahmed, the director general of defense procurement for the country, told Sputnik on Tuesday.

"Our cooperation in counterterrorism is very high on our agenda. There were very high level exchanges between two countries last year," Ahmed, who is leading the Pakistani delegation to the Army-2016 military expo, said.

Last month, Russia's Southern Military District (SMD) said that the first Friendship-2016 Russian-Pakistani joint military exercise would kick off in Pakistan in September. The drills will take place between September 23 and October 10 at the Army High Altitude School in northern Pakistan's Rattu and at a special forces training center in Cherat.

"Very soon you will find that two special services would be interacting and would be caring out military exercises," Ahmed added.

© Sputnik / Alexei Druzhinin
Pakistan Values Russia's Readiness to Supply Arms for Counter-Terrorism Fight
The military forum, which is taking place on September 6-11 in Kubinka, a western suburb of Moscow, brings together representatives from the Russian defense industry, research institutes, universities, as well as foreign companies. Over 800 Russian and foreign participants will mount some 7,000 exhibitions throughout the week. The forum's participants and guests will attend a number of conferences and round-table discussions to discuss the future development of military technology.
...
Reddit
Google+
Blogger
Pinterest
StumbleUpon
Telegram
WhatsApp
108
Topic:
Russia's Army-2016 Military Expo (47)