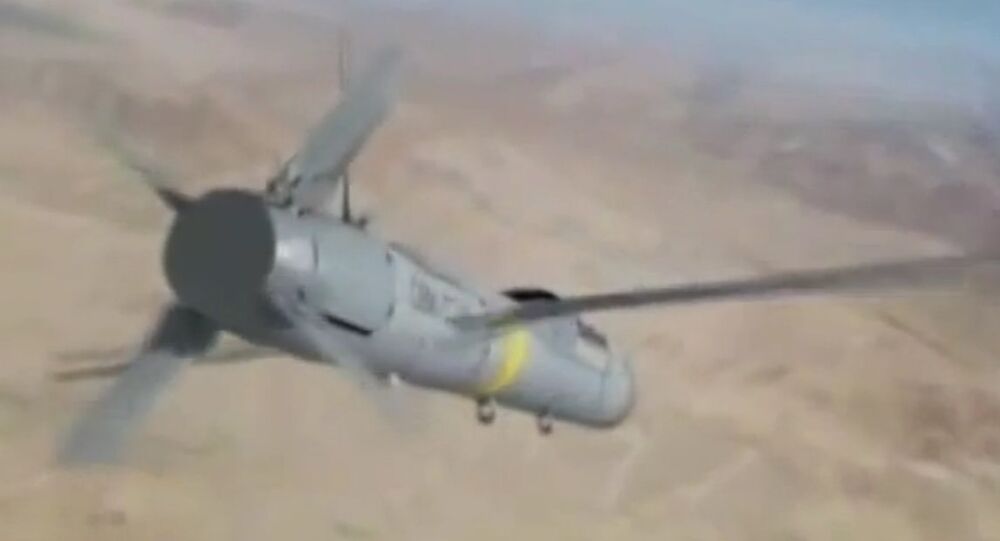 © REUTERS / Gretchen Ertl
Hillary’s Running Mate Concocts New Trump-Putin ‘Watergate’ Conspiracy Theory
The US Air Force is slated to purchase a batch of 250 units of the GBU-53/B Small Diameter Bomb II (SDBs), a sophisticated precision guided bomb that zips towards its targets at breathtaking speeds through the use of advanced glide technology.

The 250 pound (110kg) glide bomb allows US Air Force aircraft to carry a higher number of the highly accurate bombs with four bundled SDBs set to replace a single 2,000 pound (907kg) bomb on a number of American warplanes.

The SDB-II possesses a tri-mode seeker system merging radar, infrared and laser guidance technology together for the first time with the GPS guidance used in previous precision-guided bombs.

"No other weapon system in the world employs an advanced tri-mode seeker to eliminate moving and stationary targets in the battlespace," explained Raytheon’s SDB-II program direction Jim Sweetman. “The most recent round of SDB-II flight testing verifies the weapon system’s maturity. The program continues to progress toward the next phase of government confidence testing and operational testing.”

The precision guided bomb possesses an elite standoff range of more than 45 miles (72.5km) even against moving targets traversing at a speed up to 50 miles per hour (80km/h) allowing for calculated strikes against crucial targets without unnecessarily imperiling the safety of the pilot or resulting in undue collateral damage.

The original version of the system, the SBD-I, is currently integrated in the F-15E with future integration planned for the F-16, F-22, F-35 fighter jets as well as the entire nuclear bomber triad – the B-1 Lancer, B-2 Spirit, and the B-52 Statofortress.

Russia Interested in Resumption of Previous Military Programs With NATO