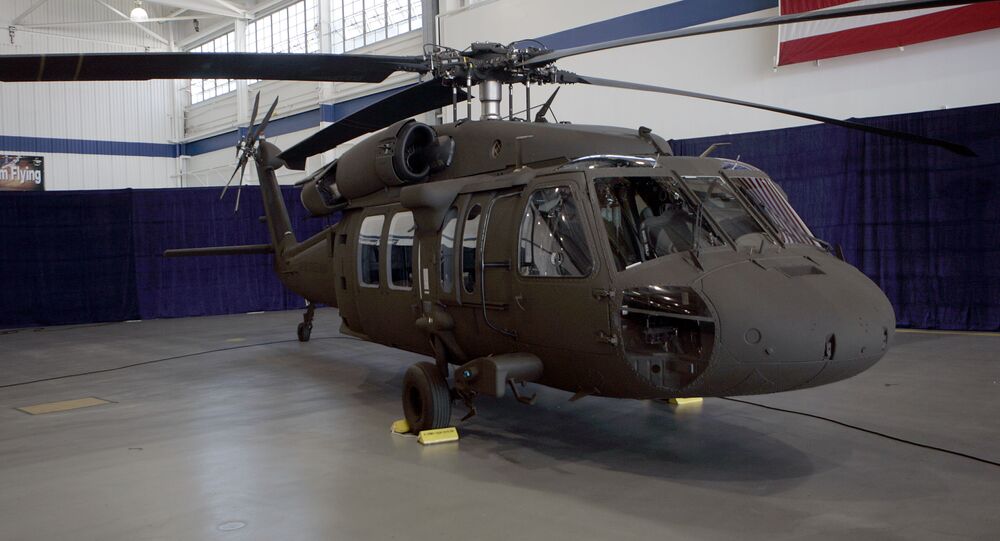 The UH-60M is a modified version of the Black Hawk, a four-bladed, twin-engine, medium-lift utility chopper aimed at serving in the harshest conditions worldwide.

© Flickr / The U.S. Army
Black Hawk Down: New Aircraft Set to Replace Veteran US Military Chopper
The two dozen Taiwanese aircraft will replace the country’s UH-1H Huey utility copters that now operate in Air Cavalry Brigades under the Aviation and Special Forces Command. Under the contract, the new aircraft will be shipped to Taiwan by October 2018.

Taiwan ordered a total of 60 Black Hawks valued some $3.1 billion in 2010, and the new contract is a part of the wider deal.  The first four platforms were delivered to the country in December 2014, and shipping in batches of seven are continuing.

“All 60 of the basic aircraft are under contract,” Defense News quoted a Sikorsky source as saying. “This most recent contract is for completion work, adding options and the stuff different from the USA.”

© AP Photo / Mindaugas Kulbis
Step-by-Step: How NATO is Creating Its 'Military Schengen' Zone in Europe
To fulfill its obligations, the Lockheed Martin subsidiary has been awarded $135.4 million. That means that each unit under the contract will cost around $5.6 million, roughly four times less than an ordinary complete package Black Hawk that has a price tag of at least $20 million. According to IHS Janes 360, the value of the copters suggests that the additional contracts are to be expected.

At the time of the award, the US Army said it will cover the full value of this deal from its fiscal 2016 “other” funds. All the works are expected to be carried in Stratford, Connecticut, where Sikorsky is based.

© Flickr / Peter Gronemann
It’s a Plane! It’s a Helicopter! It’s the Army’s Next-Gen Hybrid Jet-Copter
The Taiwan deal is one of the two contracts that the Pentagon has awarded to the manufacturer, according to the Defense Department website.

The second contract, worth of $158.43 million, calls for Sikorsky to construct 14 UH-60Ms for the US Army. The deal is a modification of the previous order, according to Journal Inquirer.

The announcement comes as the aircraft corporation struggles to downsize it expenses. On Wednesday, 109 workers were laid off, and Sikorsky is planning to fire an additional  85 employees to “remain competitive” on the market.