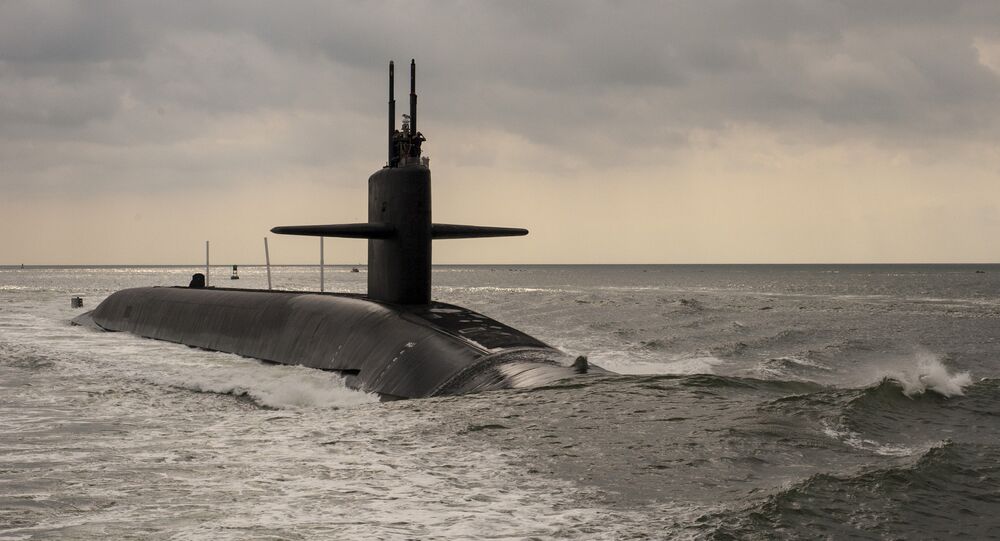 US Developing 'Quietest and Least-Detectable Sub' in the World

The United States is developing "the quietest and least-detectable submarine in the history of the world," Kris Osborn wrote for Scout Warrior, citing senior service officials. The first Columbia-class sub to be produced under the Ohio Replacement Program is expected to enter service in 2031.

© Photo : courtesy of DARPA
What Lurks Beneath: US Navy to Test New Submersible Drones
The new ballistic missile submarine is designed to "patrol the undersea domain performing a crucial strategic deterrence missions," the analyst noted.

The Columbia class, designed by Electric Boat, is said to incorporate the most advanced quieting technologies available. US defense officials have already disclosed two innovative solutions for the new submarines. These include a stern in a shape of an X and electric drive propulsion.
The former will enhance the submarine's maneuverability and make it quieter.

"With the X-stern, the Ohio Replacement will regain some of that maneuverability and, as a side effect, will have improved flow characteristics in the stern area while submerged. This will improve quieting and it simplifies the hydraulic control layout in the engine room," an unnamed US Navy official told the media outlet.

Stealth is key for modern warfare and submarines are no exception.

"If I am noisy I am not going to live very long. We are pushing the boundary of how to minimize our own signature while having a better ability to detect an adversary signature. We are improving in both," Rear Adm. Charles Richard, Director of UnderSea Warfare, told Scout Warrior.

The US plans to build twelve Columbia-class submarines, with each costing less than $5 billion. Construction is said to begin in 2021. The submarines are expected to be ready by the early 2030s and remain in service until the 2080s.

© Sputnik / Sergey Eschenko
Russian Northern Fleet Anti-Submarine Ships Carry Out Air Defense Drills
Interestingly, the subs, unlike the Ohio class, will require no mid-life refueling since they will have a "new nuclear-reactor core" that will power the ships for the entire lifespan of 42 years. "The US Navy has never designed and built a reactor with the kind of longevity as the powerplant being designed for the Ohio Replacement Submarine," defense analyst Dave Dave Majumdar observed.

The new submarine will be outfitted with 16 Trident II D 5 nuclear missiles.

Construction of Russian 5th-Generation Nuclear Sub to Start After 2020