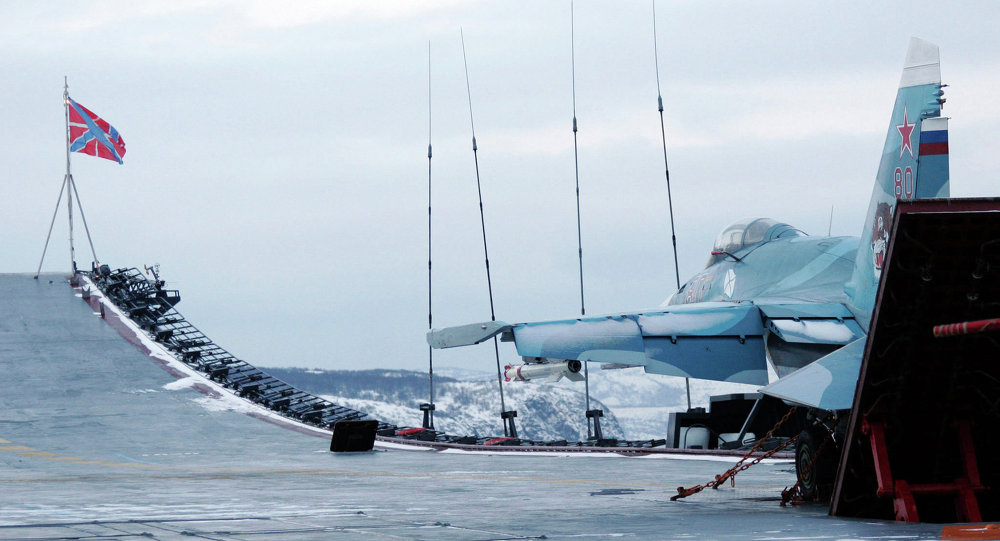 The Sukhoi Su-33 air superiority fighters based on the Russian aircraft carrier Admiral Kuznetsov that is scheduled to be deployed to the Syrian shores in November will be outfitted with an ultra-precision targeting system, known as the SVP-24, Izvestiya reported, citing an unnamed source in the Russian Defense Ministry.

The system, developed by Russian defense contractor Gefest & T, will allow Russian warplanes to drop unguided bombs with the same precision as a guided weapon.

© Flickr / some guy called Darren
Russia’s Only Aircraft Carrier Prepares for Syria Deployment
In addition, the Mikoyan MiG-29K 4++ generation multirole fighter aircraft recently added to the Admiral Kuznetsov's roster are expected to use guided bombs and missiles against militant targets in Syria, the newspaper added.

Russia's sole aircraft carrier will be a part of a surface action group that will relocate to Syria in November. The air group aboard the Admiral Kuznetsov will include approximately ten Su-33s and four MiG-29Ks, the media outlet detailed.

"The Su-33s outfitted with the SVP-24 will launch strikes using dumb bombs," the source told the newspaper. "However, the list of air weapons that the MiG-29s will employ has not been fully specified yet. Those are expected to include smart bombs of the KAB-500 family, including those using the GLONASS satellite navigation system, and the Kh-35 missiles." 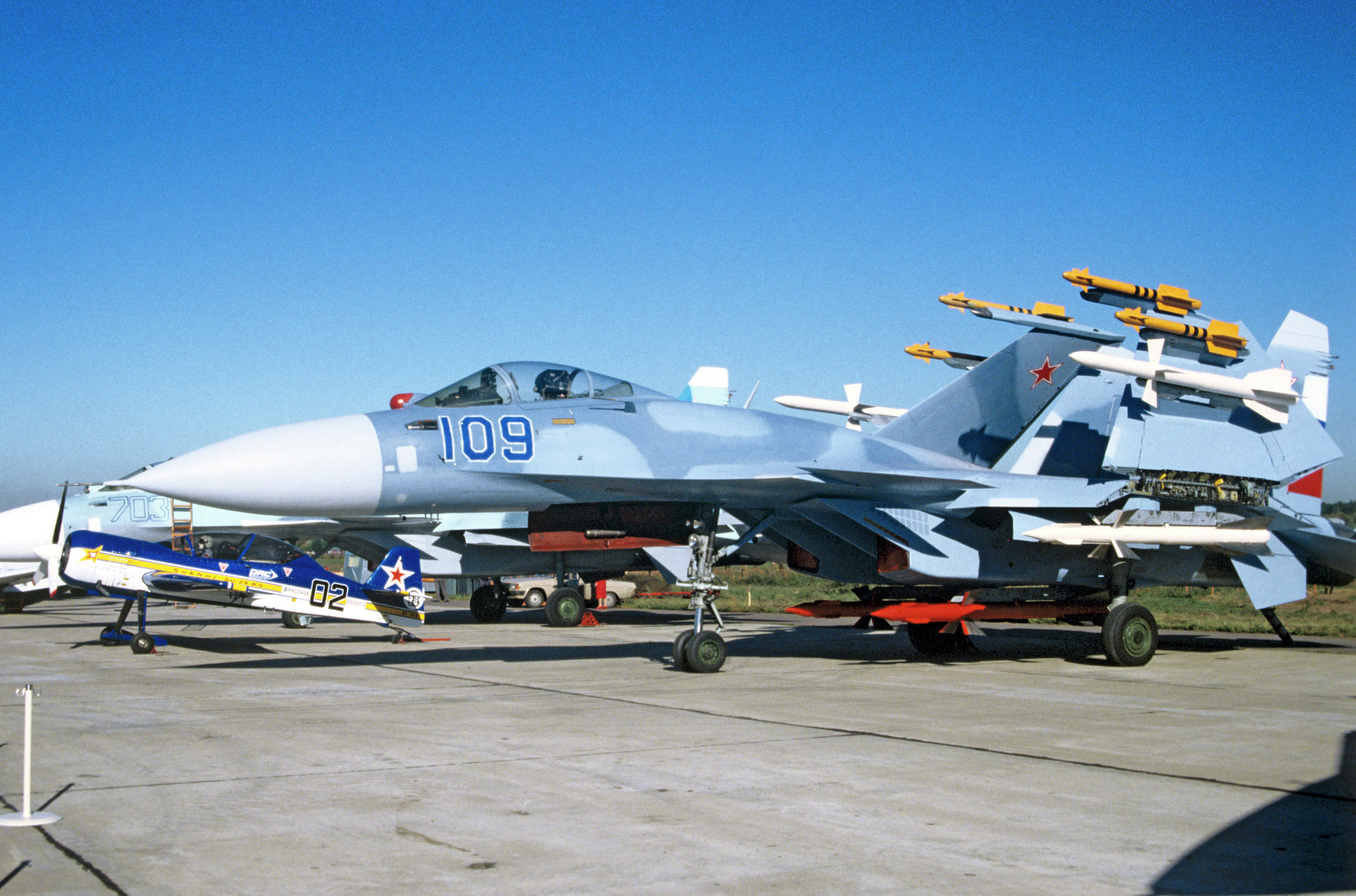 © Sputnik / V. Kiselev
The Su-33, a carrier-based warplane developed on the platform of the Su-27.

The SVP-24 is tasked with determining the optimal trajectory for the release of a bomb, using the plane's location, flight parameters and target data. It has already made a good showing during Russia's counterterrorism campaign in the embattled Arab country.

"The Su-24s outfitted with the SVP-24 have become the workhorse of the Russian Aerospace Forces in Syria," defense analyst Anton Lavrov told the newspaper, adding that the system is a viable alternative to GPS-guided munition popular in the West. 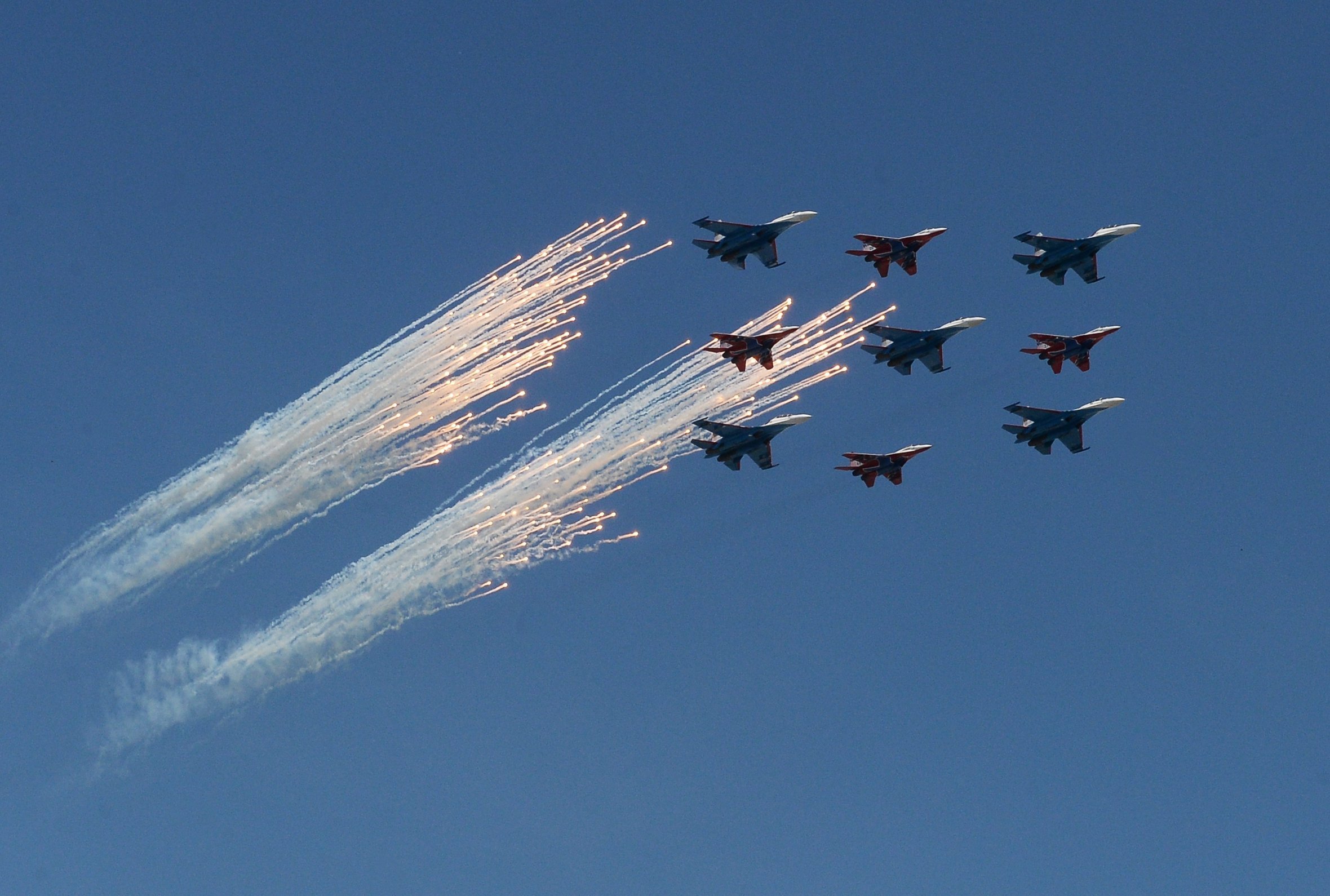 © REUTERS / Kayhan Ozer/Pool
Chances for US-Russian Cooperation in Syria 'Higher' Than One Could Imagine
An American military analyst, known as The Saker, explained how this system works.

The SVP-24 compares the position of the aircraft and the target and measures the environmental parameters, including humidity, windspeed, angle of attack, etc. It can receive additional data from AWAC aircraft, ground stations and other planes.

The system then "computes an 'envelope' (speed, altitude, course) inside which the dumb bombs are automatically released exactly at the precise moment when their unguided flight will bring them right over the target (with a 3-5m accuracy)," the analyst added.

'Flexible Approach': Putin 'Ready to Talk to Everyone' in Middle East