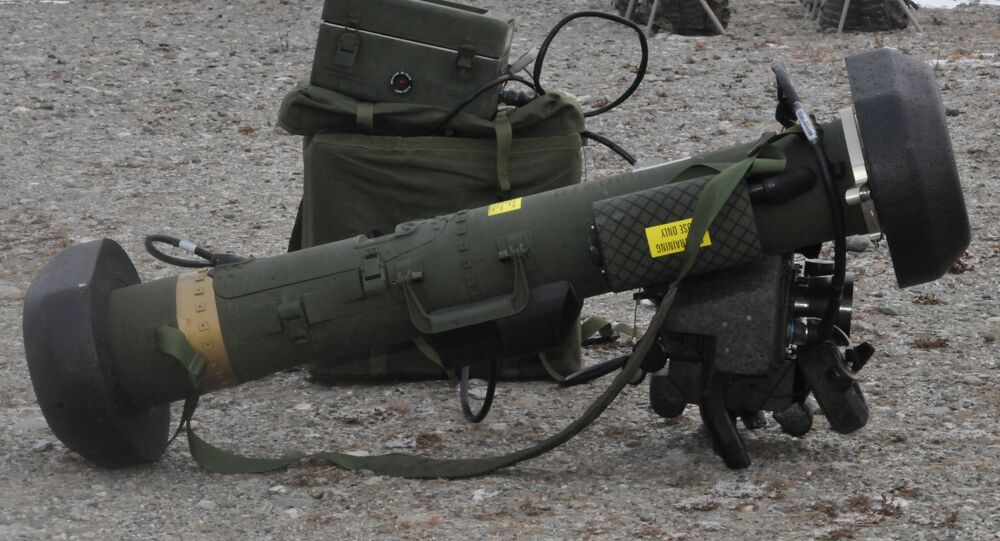 India has already rejected the Javelin Missile in favor of the Israeli Spike anti-tank guided missile.

© Flickr / U.S. Pacific Command
No Longer Made in the USA? Lockheed to Expand Weapons Production in India
Javelin Joint Venture (JJV), a partnership between Lockheed Martin and Raytheon Company has entered into a deal with Indian Tata Power for the co-development and production of Javelin anti-armor missile systems. Tata Power Strategic Engineering Division (SED) and JVV have signed a letter of intent that envisages co-development of a new strategy, new applications and new platforms to extend Javelin to new customers.

According to the letter of intent, JVV and Tata Power SED will also create a strategy to integrate platform mounts for Javelin to meet Indian requirements. Rahul Chaudhry, chief executive officer at Tata Power SED said, “Now, our partnership with the JJV will bring the world’s best technology to our soldiers enabling battlefield supremacy. Indian industry will benefit immensely from the depth and range of this planned technology transfer and co-development.”

However, defense analysts see this as Lockheed Martin’s covert strategy to create a space for the Javelin missile system in the Indian market. This desperate attempt by the US firm comes despite the fact that India has already completed negotiations for procuring the Israeli made Spike anti-tank guided missiles at a price of 1 billion dollars to meet the armed forces’ requirements for the near future.

Brigadier Rumel Dahiya (Retired), Deputy Director General, Institute of Defence and Strategic Analyses, told Sputnik, “They do not have any order or opportunities available for Javelin missiles in India as of now. Through this move, they are creating space for themselves in the Indian market. What they could do in any case is make some equipment for Javelin missile and become part of a global supply chain. This will create a positive environment for the company in any future deal.”

In May this year, India had finalized price negotiations for 275 launchers and 5,500 Spike missiles in completed and kit form. Meanwhile, Rafael Advanced Defence Systems agreed to transfer technology to India to build another 1,500 systems and around 30,000 additional missiles. Deliveries of Spike are expected to be completed in the next five years.