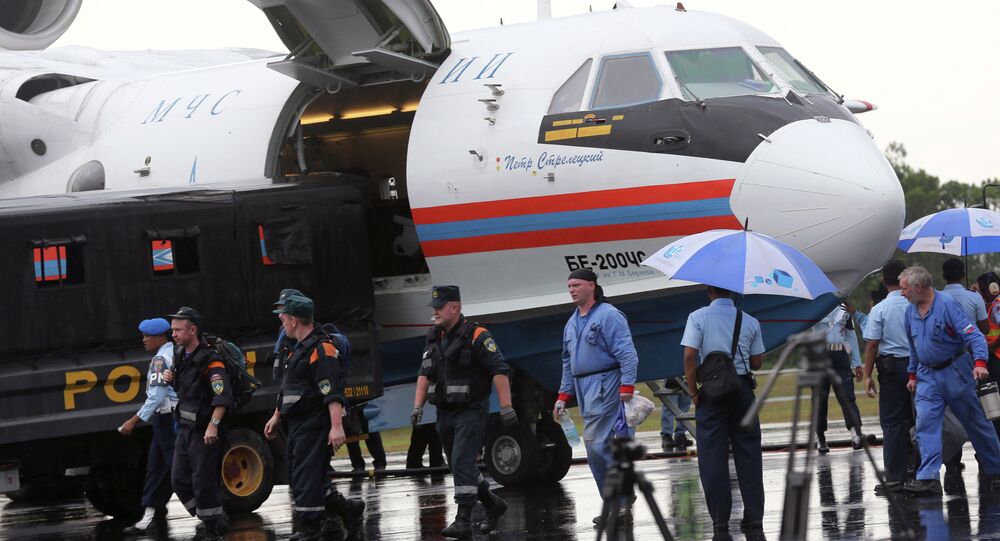 The idea of establishing a firefighting "euro-squadron" is in the development stage, Russian Emergencies Minister Vladimir Puchkov said Monday.

YALTA (Sputnik) — Since the early 2000s, Russia has been pushing the idea of a "euro-squadron" to be used by all participating countries in case of emergency, like devastating fires currently underway in Portugal, Spain and France.

"We have signed all the agreements on the creation of the 'euro-squadron'. The issues are in the development stage. I hope that they will be implemented in the coming years," Puchkov told journalists.

He added that the Russian pilots, who currently providing assistance in Portugal, receive positive feedback.

Two Be-200 amphibious aircraft to assist Portugal in battling forest fires, following the receipt of a request from Lisbon, arrived in Portugal on August 13.

The Beriev Be-200 is well suited to firefighting missions. It can take in up to 12.5 metric tons of water in the space of a few seconds while traveling over a body of water before dropping this load on the flames.