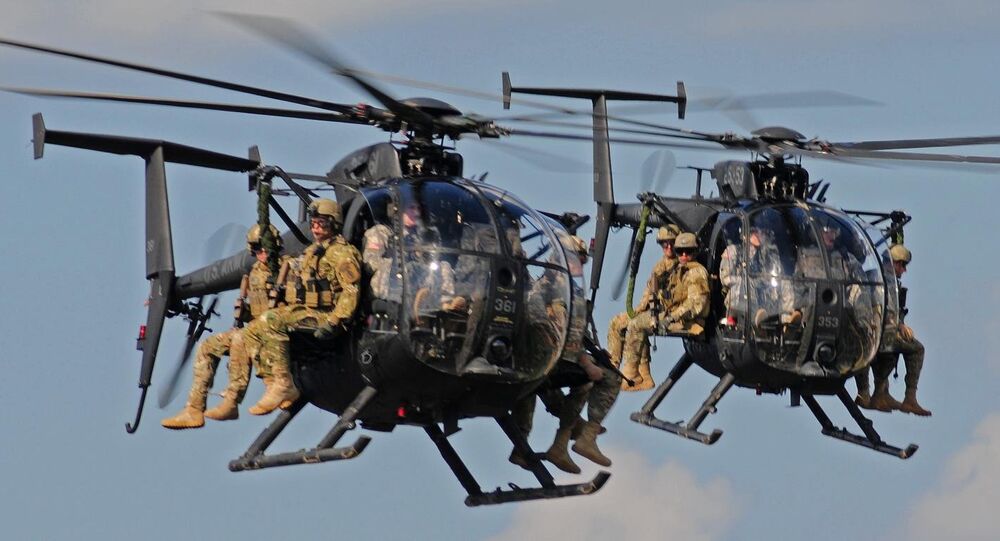 US Set to Ship First AH-6i Choppers to Riyadh

As the United States military withdraws from Saudi Arabia, Boeing is set to ship the first twelve AH-6i light attack and reconnaissance helicopters to Riyadh, after a one-month delay.

An announcement regarding the transport of the first twelve AH-6i Little Bird helicopters was posted on the US Federal Business Opportunities website on August 24.

The helicopters, capable of carrying both 7.62 mm and 12.7 mm machine guns, as well as AGM-114 Hellfire missiles, are to be shipped by air to Saudi Arabia's National Guard "as soon as possible." The second batch of twelve units will be delivered by sea.

Initially, the aircraft were to be delivered at the end of July, but the shipment was delayed for unspecified reasons. According to media reports, Boeing had 6 machines ready in June, and the company will produce an additional two machines per month. The completed shipment is anticipated to reach Riyadh in February 2017.

Riyadh has been accused of numerous human rights violations in connection with the Saudi-led campaign in Yemen.  Allegations include the killing of some 9,000 civilians and the deliberate destruction of civil objects, such as schools and hospitals. According to media reports, the recent withdrawal of US military specialists from Saudi Arabia may be connected to Washington's attempt to distance itself from Saudi war crimes.