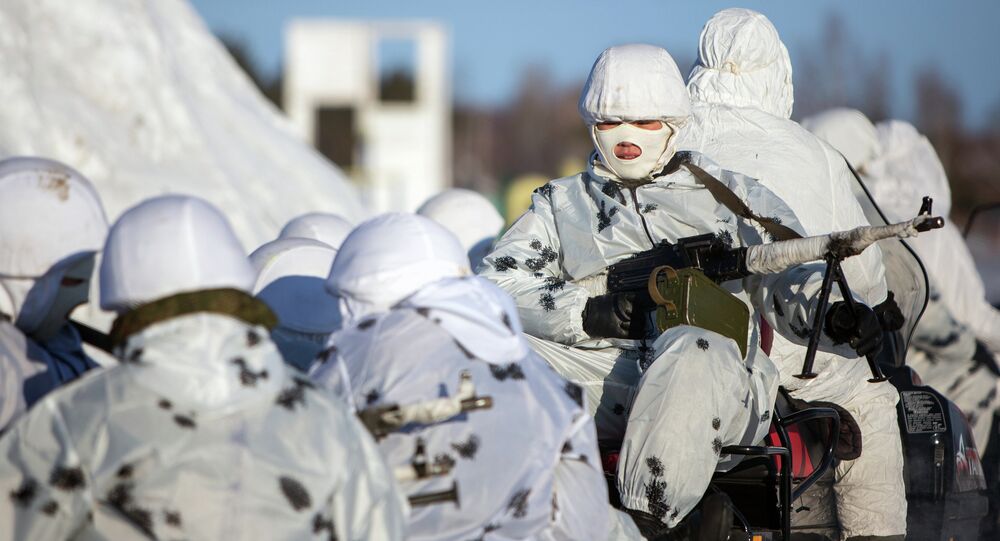 Russian troops in Chukotka will be equipped with all-terrain vehicles.

MOSCOW (Sputnik) – A Russian Coast Guard division that is going to be deployed in 2018 in the Chukotka Autonomous Area will be equipped with all-terrain vehicles to patrol the coast.

"So far soldiers of the 80th Arctic Brigade have successfully tested all-terrain vehicles of several types. The vehicles got only positive reviews," a spokesperson of the Arctic military command told the Izvestiya newspaper.

The spokesperson said that armies of developed countries are also equipped with all-terrain vehicles. Some buggy-like vehicles can carry up to four people and 600 kilograms (more than 1,300 pounds) of cargo.

© Photo : Youtube/Sputnik
Ultimate Arctic Pathfinder: Meet Russia's Unparalleled All-Terrain Vehicle
The most reliable all-terrain vehicles on the Russian market are Yamaha and BRP but Russian manufacturers are strengthening their positions, Alexei Khlopotov, an independent military expert believes, according to the publication.

The new division will fulfill a number of tasks aimed at patrolling the Chukotka’s coast and defending from possible enemy’s troops landed in the northeastern Russia’s region.

In 1980s the 99th motorized rifle division was deployed in Chukotka but it was disbanded after collapse of the Soviet Union.

Polar Mystery: Why Walruses ‘Haul Out’ in Masses in Alaska, Chukotka Again