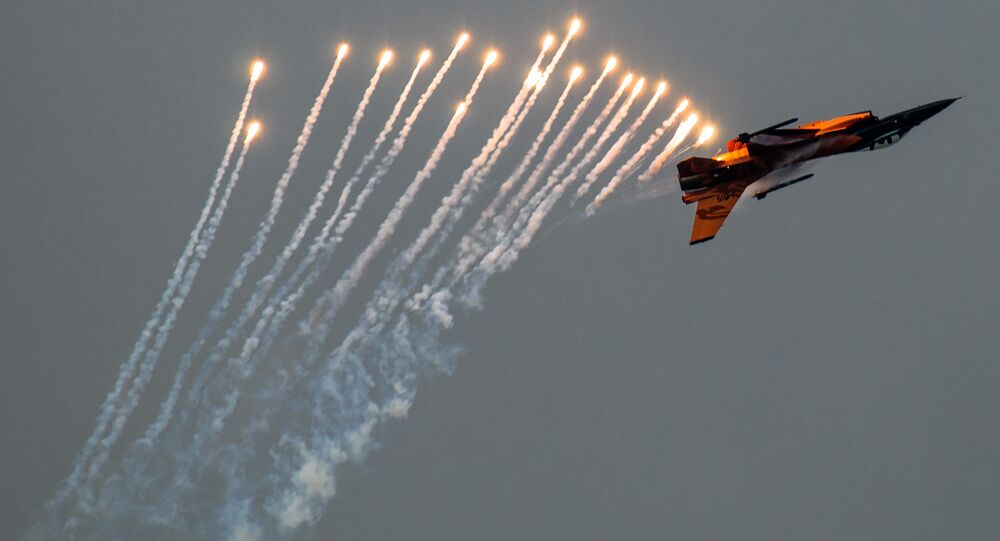 After spending over $1 trillion on the F-35 Lightning II, the Pentagon is now funding a multi-million dollar weapons upgrade for its fourth-generation fighters.

Now that the beleaguered F-35 is finally up and running, the US Air Force has been conducting a number of weapons tests for the aircraft.

"The [weapons delivery accuracy] WDAs rely on the full capability of the F-35 – multiple sensors, navigation, weapons envelope, mission planning, data links and inter-agency range scheduling – all working in sequence to put steel on target," Lt. Gen. Chris Bogdan, of the program executive office for the F-35, said in a statement.

But the US military also plans to upgrade the weapons systems on older aircraft. On Tuesday, the Air Force awarded a $39.3 million contract to Northrop Grumman for the development of the Self-Protect High Energy Laser Demonstrator (SHiELD) Turret Research in Aero-Effects (STRAFE) program.

SHiELD will use an advanced beam control system to create a laser weapons pod that can be installed beneath a fighter aircraft, while the STRAFE program will seek to gather data on "aero-optic disturbances in a supersonic environment," according to IHS Jane’s.

© AP Photo / US Navy, John F. Williams
Pentagon on the Verge of Lasers to Defend Against Enemy Missiles

The laser would have the ability to destroy incoming missiles, providing a more direct alternative to current defense countermeasures, like flares, that instead attempt to draw the missile away from the aircraft.

The pod will likely be installed beneath the fuselage of the Boeing F-15 Eagle and Lockheed’s F-16 Fighting Falcon. The F-35 will likely not be outfitted with the system, as the pod could interfere with the aircraft’s stealth capabilities.

Still, it could be awhile before fourth-generation fighters are laser-equipped. Work on SHiELD is expected to be finished by August 2021.

Given the development history of the F-35, it’s entirely likely that both the price tag and timeframe of the upgrades will increase.