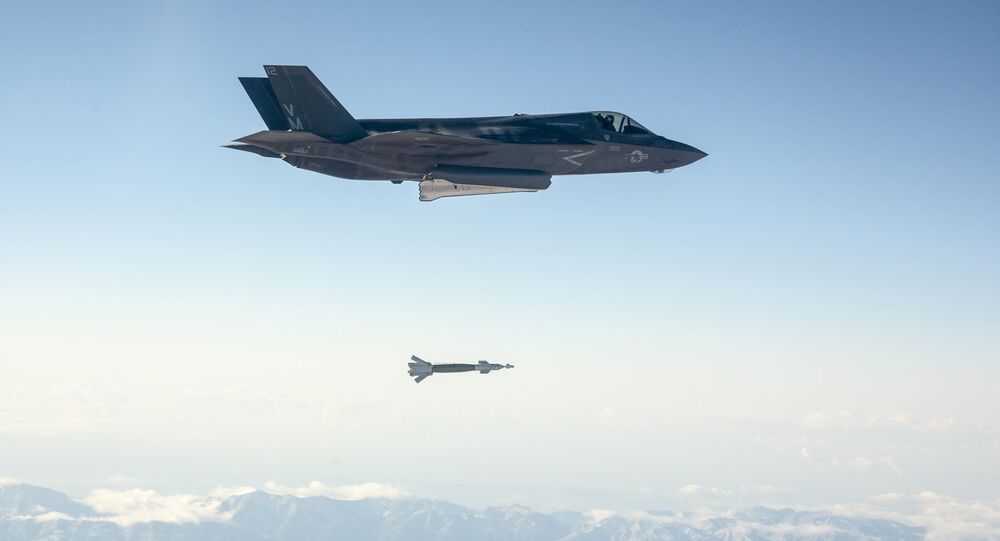 With the F-35 Joint Strike fighter up and running at last, the US military is performing dozens of weapons tests to ensure the aircraft is mission-capable.

Earlier this month, the US Air Force declared that its F-35 variant had achieved initial operational capability (IOC), making it ready for combat operations.

Still, a major part of combat involves weapons, and to that end the Pentagon has launched multiple tests at Edwards Air Force Base in California. Over the last month, 25 test missions have been performed, including a dozen weapons delivery accuracy (WDA) tests.

This is a new record for F-35 WDA tests. The previous record was set last month, with three evaluations conducted.

"The WDAs rely on the full capability of the F-35 – multiple sensors, navigation, weapons envelope, mission planning, data links and inter-agency range scheduling – all working in sequence to put steel on target," Lt. Gen. Chris Bogdan, program executive office for the F-35, said in a statement, according to DoD Buzz.

"This was a tremendous effort by the F-35 test team. They surged and worked seven days a week for more than a month to expend 30 ordnance and advance weapons testing. This testing has moved us that much closer to delivering the full F-35 capability to warfighters within the next two years."

These tests involved a wide range of weapon types, including air-to-air missiles, GPS-guided bombs, and the Joint Direct Attack Munition.

The F-35 has seen more than its share of troubles throughout the development stages. Most recently, officials expressed concern over the F-35A’s ejector seat, which could be a danger to pilots weighing less than 165 pounds.

The US Navy is also experiencing difficulties with the helmet of its F-35C variant, the only model not yet deemed IOC. Tests have shown that the helmet’s ambient "green glow" is blinding pilots during night carrier landings.

"On a dark night it skewers outside light reference for pilots. A pilot cannot pick up the lights on the carrier as well as he’d like to, he doesn’t necessarily pick up non-lighted signals on the ship as he taxiing [sic] around, he has a harder time picking out aircraft that are flying around."

But at least the missiles work.