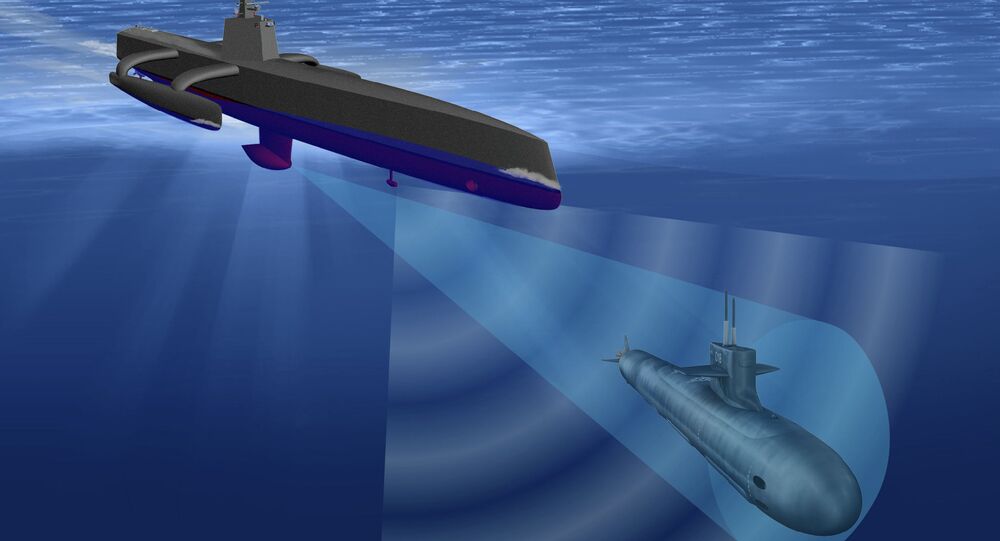 What Lurks Beneath: US Navy to Test New Submersible Drones

With aerial drones a new staple of the US Air Force, the Navy hopes to create its own undersea version, citing familiar threats from China and Russia.

"Echo Voyager is a new approach to how unmanned undersea vehicles will operate and be used in the future," Boeing Phantom Works president Darryl Davis said in a statement.

This fall, the unmanned vessel will begin sea trials, as part of the Pentagon’s effort to maintain its presence in the Pacific.

"As tensions continue to grow with China and Russia, two militaries that have sophisticated and very large navies, there is a growing interest in making use of unmanned technology in the maritime sphere," said Arthur Holland Michel, co-director of the Center for the Study of the Drone at Bard College, according to Stars and Stripes.

"They are scalable, they are dependable, they can operate with a fairly high degree of autonomy. All these things would have been useful 30 years ago, but the technology wasn’t quite there."

The Navy has proposed $319 million for the coming fiscal year to develop drone submersibles. In addition to Echo Voyager, the Pentagon is perfecting the larger Sea Hunter, an unmanned submarine designed to identify and track enemy vessels.

Developers must overcome hurdles unique to underwater drones, however. Transmitting data is more difficult for a submersible than a UAV, and storms can force some models to remain in port.

Relying on a hybrid electric-diesel battery and marine-diesel system, Echo Voyager can remain submerged for months at a time, avoiding inclement weather, surfacing periodically to charge its battery. During this time, it can transmit data to relay satellites.

Boeing vessels also feature a certain degree of autonomy, with onboard sonar sensors and radar. While this helps cut down on personnel cost, it also comes with its own set of challenges.

"The autonomy side of the equation, the research is happening at a very quick pace," Michel said. "But as you see time and time again, it’s very challenging to make unmanned systems that can make intelligent and dependable decisions on their own."

Still, with a number of defense and commercial companies pursuing the technology, it’s only a matter of time before underwater drones become just as common as their aerial cousins.