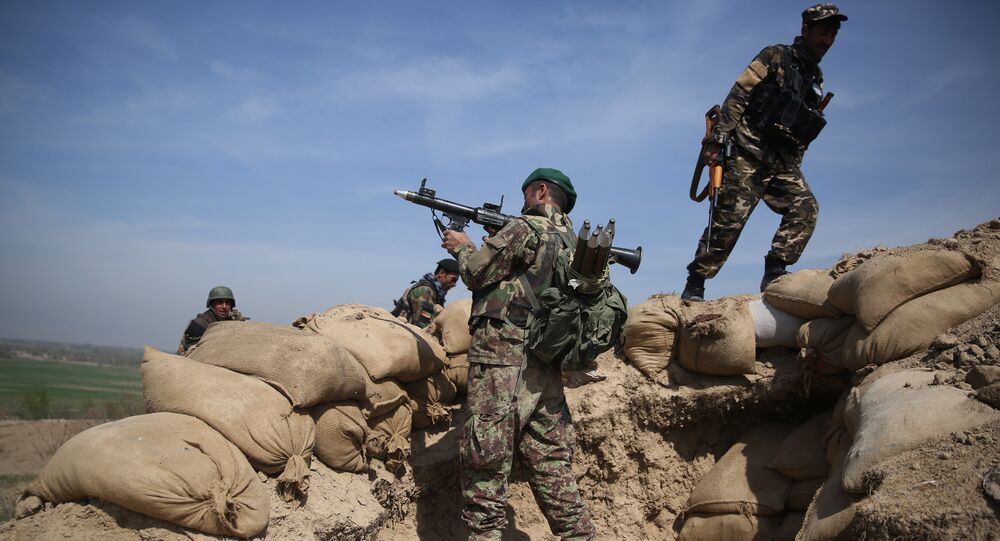 Citing an “urgent” need for the Afghanistan National Army to launch additional campaigns against insurgent forces, the US State Department announced a transfer of some 6,000 rifles, chiefly M-16s, to the ANA. Worth roughly $60 million, the State Department says this transfer is evidence of their “commitment to Afghanistan’s security.”

"The proposed sale will enhance the foreign policy and national security objectives of the United States by helping to improve the security of a strategic partner by providing weapons needed to maintain security and stability, as well as to conduct offensive operations against an ongoing insurgency," the Defense Security Cooperation Agency (DSCA), which manages the sale of arms and military equipment to foreign governments, said in a statement.

DSCA added, "The Afghan National Army (ANA) will use these weapons and equipment in both offensive and defensive operations against insurgents and terrorists within their borders. Without these defense articles, the ANA will not have the military capabilities that are necessary to maintain security and stability. The ANA is thoroughly trained and prepared to use the proposed defense articles. Afghanistan will have no difficulty absorbing this equipment into its armed forces."

The transfer came on the heels of reports indicating that Daesh will be  joining forces with the Taliban in Afghanistan to fight the US. "Afghanistan has an urgent requirement to increase its stocks of crew-served weapons for ongoing counter-insurgency operations and enduring threats to its national sovereignty," the DCSA statement read.

© REUTERS / Ali Hashisho
Has the US Turned a Blind Eye to Rise of Daesh in Southern Afghanistan?

Even though the Afghan government won’t actually be paying for the weapons, the US State Department is insisting that the transfer be treated as a "sale" for official purposes. The source of the funds used to "buy" the weapons come from government grants created for the express purpose of getting weapons to Afghanistan. M16 assault rifles will make up the lion’s share of the delivery.

Interestingly, official transfer records show individual weapons as costing $10,000 each, even though they are ordinarily much less expensive, based on estimates of what the US military usually pays. This won’t make a difference to the Afghans, who aren’t paying for the guns, but it’s unclear why tens-more millions of dollars were dedicated to this "sale" than necessary.

Russia Ready to Cooperate With NATO on Afghanistan

Has the US Turned a Blind Eye to Rise of Daesh in Southern Afghanistan?