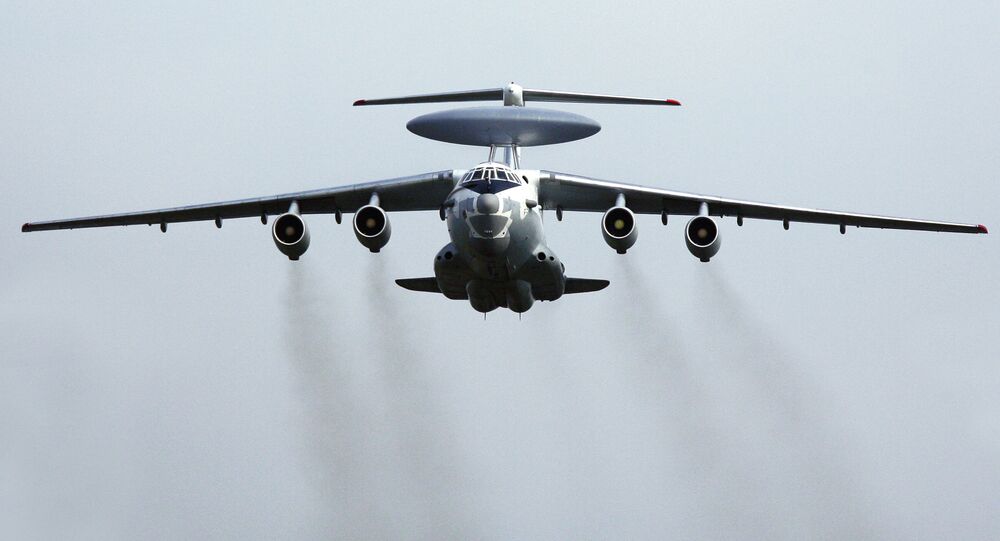 Russia’s first plane with a long-range surveillance and control system will make its maiden flight in 2018, the local media cited a military source as saying Monday.

MOSCOW (Sputnik) — The airborne A-100 Premier system will be set on an Ilyushin Il-76MD plane for the first test run due next year. It was dubbed an airborne lab and given the codename A-100LL.

"The aim is to test and fine-tune Premier avionics on an A-100LL and then move it onto an Il-476. If everything goes as planned, the ‘original’ A-100 will make the maiden flight in 2018," the source in the Defense Ministry told the Izvestia newspaper.

The airborne system will reportedly provide the military with surveillance, warning, and control capabilities, detecting fighter jets at a distance of more than 324 nautical miles and identifying ships at 216 nautical miles.

This is far greater than the range of the US-made Airborne Warning And Control System (AWACS), dubbed "eye in the sky" by NATO.