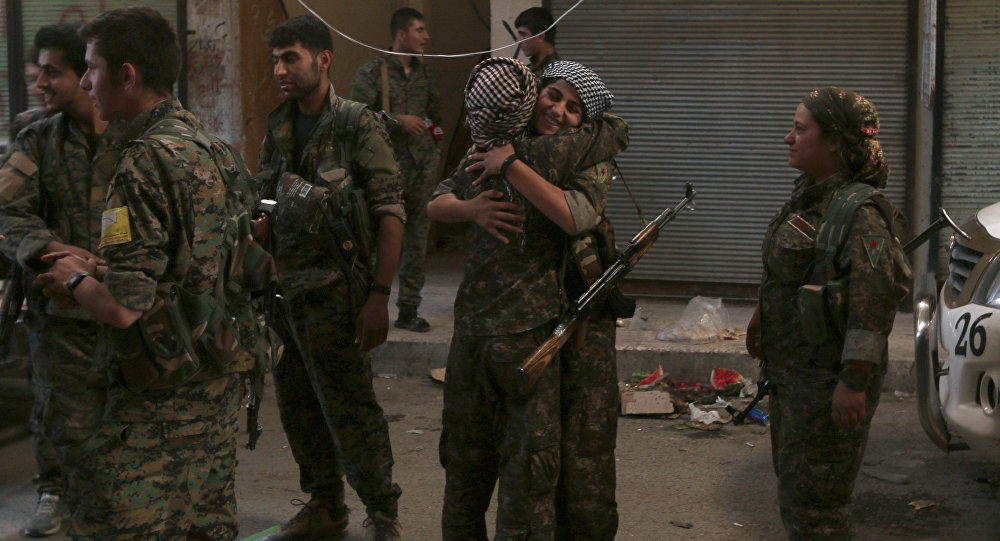 The Russian center for Syrian reconciliation at the Hmeimim airbase registered a total of seven violations of the ceasefire regime in Syria in the last 24 hours, the Russian Defense Ministry said Saturday.

MOSCOW (Sputnik) — The Russia-US brokered ceasefire regime in Syria came into force on February 27. The Jabhat Fatah Al-Sham, formerly known as al-Nusra Front, and the Daesh terrorist groups, which have been outlawed in Russia, are not part of the ceasefire deal.

"The ceasefire has been observed in most provinces of the Syrian Arab Republic. Within last 24 hours, seven ceasefire violations have been registered in the Damascus (6), and Latakia (1) provinces," the ministry said in a daily bulletin posted on its website.

The number of settlements that have joined the ceasefire regime in Syria has increased to 439, the Russian Defense Ministry said.

"Within last 24 hours, truce agreements have been signed with representatives of one inhabited area in the Homs province. The total number of inhabited areas, the leaders of which had signed reconciliation agreements, has reached 439," the ministry said in a daily bulletin posted on its website.

Iranian Springboard for the Syrian War on Terror