US defense companies are making out like bandits from the growing political and military tension between the West and Russia, even as experts remain doubtful as to how much of a threat to NATO Russia really poses.

Commenting on what he sees as an explicit escalation of "anti-Russian rhetoric in the US presidential campaign," The Intercept contributor Lee Fang wrote that it's coming "in the midst of a major push by military contractors to position Moscow as a potent enemy," one "that must be countered with a drastic increase in military spending by NATO countries."

Unfortunately, it's working, the journalist added. Specifically, "the arms industry – both directly and through its arsenal of hired-gun, think-tank experts and lobbyists – is actively pressuring NATO member nations to hike defense spending in line with the NATO goal for member states to spend at least 2 percent of gross domestic product on defense." 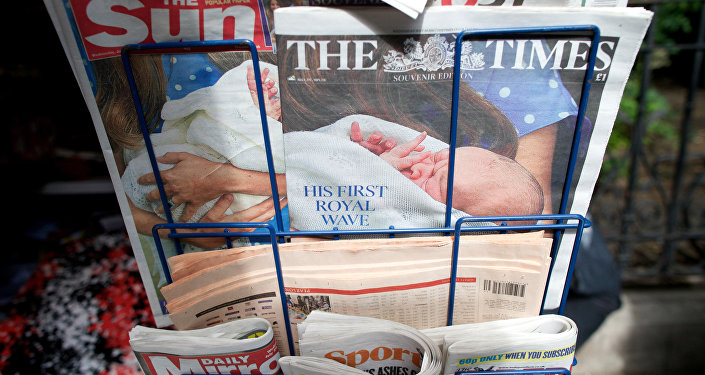 © AFP 2019 / ANDREW COWIE
The Growth Industry That is Anti-Russian Propaganda
At the same time, the US military-industrial complex has been "posturing" itself for an uptick in spending  over the Western-Russian crisis that began over Ukraine two years ago, in spite of very modest increases in Russian defense spending, which remains dwarfed by that of the US and its NATO allies.

Furthermore, Fang recalled that many experts remain "unconvinced that Russia poses a direct military threat. The Soviet Union's military once stood at over 4 million soldiers, but today Russia has less than 1 million." Meanwhile, "NATO's combined military budget vastly outranks Russia's – with the US alone outspending Russia on its military by $609 billion to less than $85 billion."

"And yet, the Aerospace Industries Association, a lobby group for Lockheed Martin, Textron, Raytheon, and other defense contractors, argued in February that the Pentagon is not spending enough to counter 'Russian aggression on NATO's Doorstep'. Think tanks with major funding from defense contractors, including the Lexington Institute and the Atlantic Council, have similarly demanded higher defense spending to counter Russia."

These groups aren't limiting their hopes to contracts from the US military, either, and argue for everything from providing lethal aid to Kiev for its war against the rebellious eastern regions, to the granting of lucrative contracts to US allies in Eastern Europe in their efforts beef up their capabilities against Russia.

Nor are the contracts limited to conventional weapons, with lobbyists, officials and pro-arms industry media successfully advancing projects such as the Aegis Ashore missile defense installation in Poland (a contract recently awarded to Lockheed Martin), along with new shipbuilding, fighter jet and anti-tank weapons elsewhere.

© AFP 2019 / BRENDAN SMIALOWSKI
Boeing Ready to Design Next Generation of US Nuclear Missiles
Speaking to The Intercept, William Hartung, director of the Arms & Security Project at the Washington-based Center for International Policy, noted that "companies like Lockheed Martin and Boeing have pledged to increase the share of exports in their overall revenues, and they have been seeking major deals in East and Central Europe since the 1990s, when NATO expansion began." Now, as rhetoric about the 'Russian threat' intensifies, these companies are "knocking at the door, looking to sell [countries] everything from fighter planes to missile defense systems."

At home in the US, the growing conflict with Moscow "has additional benefits," the analyst noted, "because it has become a standard part of the argument for higher Pentagon spending –even though the Pentagon already has more than enough money to address any actual threat to the United States."

Defective Combat Helmets Made by US Prisoners Cost Taxpayers Millions

Boeing Ready to Design Next Generation of US Nuclear Missiles